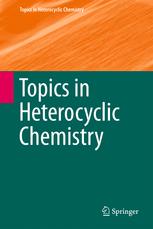 About the book series Topics in Heterocyclic Chemistry