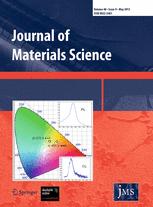 The Journal of Materials Science has awarded the 2014 Robert W. Cahn Prize (Cahn Prize) to Lucas R. Meza and Julia R. Greer, both from the California Institute of Technology (Cal Tech), for their paper titled “Mechanical Characterization of Hollow Ceramic Nanolattices.” In this paper Meza and Greer demonstrated the capability to fabricate titanium nitride cellular ceramics and showed that these structures could withstand forces between 1 and 2 orders of magnitude greater than simple bulk titanium nitride. Professor Greer also received the Kavli Early Career Award in Nanoscience.

The Cahn Prize was named in honor of the journal’s founding editor, the late Professor Robert Wolfgang Cahn. This annual prize recognizes a truly exceptional original research paper published in the journal in a given calendar year. The selection process follows the structure that was established for the Sapphire Prize, which was awarded in 2011 to mark the journal’s 45th anniversary.

Each month the editors select a paper published in that month's issue via a rigorous nomination and voting procedure coordinated by Professor Grant Norton, Dean of the Honors School at Washington State University. The winning paper is selected from the 12 finalists by a panel of distinguished materials scientists, and the authors of the winning paper receive an award of $5,000.

C. Barry Carter, Editor-in-Chief of the Journal of Materials Science remarked, “Every year we are delighted to accept almost 900 papers for inclusion in the journal, and each month our editors select one for consideration of the Cahn Prize. It is never easy to select the winning paper since the journal is multidisciplinary, covering all of materials science. But regardless of which one is ultimately chosen as the winner, all of our readers win since we open each of these 12 nominations so that everyone can experience the breadth and quality of the journal’s content.”

“At Springer we are always looking for new ways to recognize the excellence of our authors, and the Cahn Prize is one way we do so for this journal,” Charles Glaser, Springer’s Executive Editor for the Journal of Materials Science noted. “We are very fortunate to be able to choose from such a distinguished pool of candidates.”

Springer Science+Business Media (www.springer.com)is a leading global scientific, technical and medical publisher, providing researchers in academia, scientific institutions and corporate R&D departments with quality content via innovative information products and services. Springer is also a trusted local-language publisher in Europe – especially in Germany and the Netherlands – primarily for physicians and professionals working in healthcare and road safety education. Springer published roughly 2,200 English-language journals and more than 8,400 new books in 2013, and the group is home to the world’s largest STM eBook collection, as well as the most comprehensive portfolio of open access journals. In 2013, Springer Science+Business Media generated sales of approximately EUR 943 million. The group employs more than 8,000 individuals across the globe.

About the Journal of Materials Science