Hope for people who struggle after suffering brain trauma 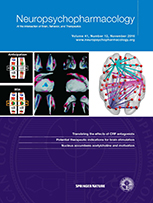 Pharmacological therapy combined with a rehabilitation program that teaches how to compensate for memory and attention problems offers new hope for people who suffer the consequences of traumatic brain injury. Such a combined approach may even improve their brain functioning months and years after the initial trauma of a blow to the head or the accident they experienced, says Brenna McDonald of the Indiana School of Medicine in the US, lead author of a study¹ published in Springer Nature’s journal Neuropsychopharmacology².

After suffering traumatic brain injuries, people often experience difficulties in their working and episodic memory, the speed by which they process information and aspects of their attention and executive functioning. Some improvements have been seen through the use of pharmacotherapy or through cognitive rehabilitation programs on their own. The latter includes programs that focus on the remediation and retraining of certain cognitive functions or compensatory training that teaches a patient to adapt to the loss of specific brain functions.

To test whether there is value in combining pharmacotherapy with some form of cognitive rehabilitation, McDonald’s team recruited 71 adults from various medical centers in the US. They all struggled with persistent cognitive difficulties after suffering a traumatic brain injury at least four months before. The participants were grouped into two rehabilitation programs. One group received metacognitive intervention through the Memory and Attention Adaptation Training program. They were taught specific strategies so that they could cope better in their daily lives despite their cognitive difficulties.

The other group followed Attention Builders Training which uses repetitive mental exercises and an educational component to build skills. The participants were also randomly selected to complete their six-week rehabilitation program with or without the further aid of the drug methylphenidate. It augments the cerebral dopamine and adrenaline systems, and helps to improve aspects of attention, memory, verbal fluency, processing speed and arousal, among others. In the process, four different treatment groups were set up.

Their findings suggest that there is greater value in using pharmacotherapy such as methylphenidate together with some form of cognitive rehabilitation than in trying any such methods on their own. When used as such, modest yet significant improvements in the participants’ verbal and nonverbal learning abilities, their working memory and divided attention were noted.

In particular, a significant improvement was noted in the mental and verbal performance of patients who received methylphenidate along with the metacognitive compensatory Memory and Attention Adaptation Training. They were better able to learn lists of words, while their working memory and their attention improved. These domains are among those most commonly affected when someone suffers injury to the brain.

“The current results provide support for the use of such multimodality treatment approaches even months to years after someone has suffered traumatic brain injuries,” says McDonald, who notes that further research is still needed.