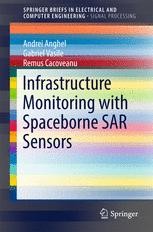 Andrei Anghel received the Engineering degree (as valedictorian) and M.S. degree (with the highest grade) in Electronic Engineering and Telecommunications from the University Politehnica of Bucharest, Bucharest, Romania, in 2010 and 2012, respectively, and a joint Ph.D. degree from the University of Grenoble Alpes, Grenoble, France (in signal, image, speech, and telecoms) and the University Politehnica of Bucharest, Bucharest, Romania (in Electronic Engineering and Telecommunications, awarded summa cum laude) in 2015. From 2010 to 2011, he worked in the field of metamaterial composite right-/left-handed antennas. Between 2012 and 2015, he worked as a doctoral researcher at Grenoble Image sPeech Signal Automatics Laboratory (GIPSA-lab), Grenoble, France. In 2012, he joined the University Politehnica of Bucharest as a Teaching Assistant, where he is now an Assistant Professor in the Telecommunications Department, Faculty of Electronics, Telecommunications and Information Technology. His current research interests include microwaves, radar, and signal processing with applications in infrastructure monitoring.
He regularly acts as a Reviewer for the IEEE Geoscience and Remote Sensing Society journals (TGARS, JSTARS and GRSL), the IET Radar, Sonar and Navigation journal and the Progress in Electromagnetics Research (PIER) journals. He was the recipient of two gold medals (in 2005 and 2006) at the International Physics Olympiads.

Gabriel Vasile received the M.Eng. degree in electrical engineering and computer science and the M.S. degree in image, shapes, and artificial intelligence from the POLITEHNICA University, Bucharest, Romania, in 2003 and 2004, respectively, and the Ph.D. degree in signal and image processing from the Savoie University, Annecy, France, in 2007. From 2007 to 2008, he was a Postdoctoral Fellow with the French Space Agency (CNES) and was with the French Aerospace Laboratory (ONERA), Palaiseau, France. In 2008, he joined the French National Center for Scientific Research (CNRS), where he is currently a Research Scientist and a member of the Grenoble Image Speech Signal Automatics Laboratory, Grenoble, France. He is author of more than 100 papers published in international journals and conference proceedings. In 2008, he received the Bourse de la Vocation - Prix des Neiges to recognize his work in radar remote sensing for the benefit of the Savoie and the Haute Savoie counties, France. His current research interests include signal and image processing, radar and acoustics remote sensing, polarimetry, interferometry, and tomography.

Remus Cacoveanu received the M.S. degree in Electronics and Telecommunications from the "Politehnica" University of Bucharest UPB, Romania, in 1983 and the Ph.D. degree in Microwave, Optics and Optoelectronics from the Institut National Politechnique de Grenoble INPG, France in 1997. He holds an associate professor position in telecommunications with UPB. For more than 10 years he was the technical lead of the Redline Communications’ Romanian branch and between 2011-2015 he was technical consultant for Blinq Networks Canada. His main field of expertise is in the wireless communication systems, antennas, radar sensors, propagation, and microwave circuits. He has participated as a member of the research team in more than 20 national and European projects. He has elaborated over 62 scientific papers, 6 textbooks in the field of Wireless communications, RADAR, Methods and Measurement Systems on Microwave, Microwave technique. He is co-author of two patents. He has been a reviewer in an EMC international scientific colloquium. He has a strong relationship with industry. One of the designed products received the “Best of WiMAX World EMEA 2008 Industry Choice Award”, Munich Germany May 21st 2008.