Trachette L. Jackson earned her Ph.D. in Applied Mathematics from the University of Washington under the direction of Professor James D. Murray, one of the founding leaders in the field of Mathematical Biology.   Ten years later, after postdoctoral positions at the IMA and Duke University, she was promoted to Full Professor of Mathematics at the University of Michigan.  Dr. Jackson is an award-winning teacher-scholar whose research in mathematical oncology has received international attention.  In 2003, she became the second African American woman to receive the prestigious Alfred P. Sloan Research Award in Mathematics.  In 2005, Dr. Jackson received the James S. McDonnell 21st Century Scientist Award, and in 2008 Diverse Magazine honored her 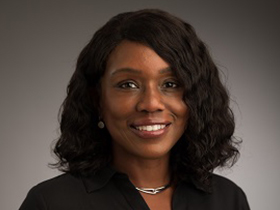 as one of the year’s Emerging Scholars.  In 2010 she became the first woman to receive the Blackwell-Tapia Prize, which recognizes a mathematician who has contributed significantly to research and has served as a role model for mathematical scientists and students from underrepresented minority groups.  More recently, Dr. Jackson was voted into the inaugural class of Association for Women in Mathematics (AWM) Fellows, the 2021 class of the Society of Industrial and Applied Mathematics (SIAM) Fellows, and the inaugural class of Simon’s Foundation Fellows, an honor featured in the NY Times

Dr. Jackson’s research lies within the overarching field of mathematical biology, which can be characterized by the use of sophisticated mathematical, statistical, and computational modeling techniques to facilitate a deep understanding of biology for human benefit and the mitigation of human harm. Within Mathematical Biology, she specializes in Computational Cancer Research or Mathematical Oncology.  Mathematical and computational modeling approaches have been applied to every aspect of tumor growth from mutation acquisition and tumorigenesis to metastasis and treatment response.  Dr. Jackson’s research focuses on developing mathematical methods to address critical questions associated with tumor progression and targeted therapeutics. Dr. Jackson has built her career on collaborative research and educational activities that cut across traditional disciplinary boundaries. She envisions that this type of research will eventually change the face of cancer research.

Lynn Brandon is Executive Editor for Mathematics, based in London, celebrating two decades with Springer in 2022. She manages a small team of editors and several journals, mostly in applied and computational mathematics. 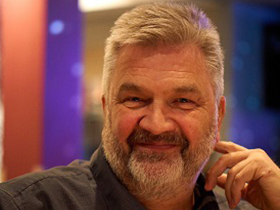 Aslak Tveito is the Managing Director of Simula Research Laboratory in Oslo, Norway, and professor for scientific computing at the University of Oslo. He serves also as chairman of the board of the Norwegian Defence Research Establishment. His research is in numerical analysis, scientific computing and the electrophysiology of the human heart. He has co-authored three research monographs and two textbooks on scientific computing, co-edited seven books, and published more than 100 research papers. He is on the editorial board of Encyclopedia of Applied and Computational Mathematics.

Women in Mathematics: Past, Present, and Future 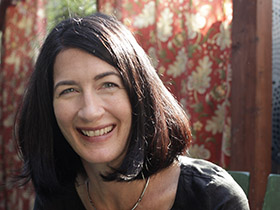 Kathryn Leonard is a mathematician and computer scientist at Occidental College in Los Angeles, California. She is currently both professor and Department Chair in the Department of Computer Science. In 2012, she received a Henry L. Alder Award for teaching from the Mathematical Associate of America, and in 2015, she received the AWM Service Award. Kathryn is the current president of the AWM and is also the director of the NSF-funded Center for Undergraduate Research in Mathematics. Kathryn studies geometric models for computer graphics, computer vision, and data analysis, with an emphasis on explainability.

Mathematics for a better life 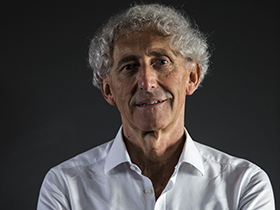 Alfio Quarteroni is Professor of Numerical Analysis and Director of of the Laboratory for Modeling and Scientific Computing -- otherwise known as MOX -- at the Polytechnic University of Milan in Italy. He is the founder (and first director) of MOX and of MATHICSE at EPFL, Lausanne, where he is Emeritus Professor. He is co-founder (and President) of MOXOFF, a spin-off company. His research interests concern Mathematical Modelling, Numerical  Analysis, Scientific Computing, and applications in fluid mechanics, geophysics, medicine, epidemiology, and the improvement of sports performance. His research group at EPFL has contributed to the preliminary design of Solar Impulse, the Swiss, long-range experimental solar-powered aircraft project; they also carried out the mathematical simulation optimising the performances of the Alinghi yacht, twice winner of the America’s Cup. He authored or edited 37 books and contributed more than 400 articles to international scientific journals and conference proceedings. He also serves on many editorial boards of journals and book series.

He is a plenary speaker at ECM 2021, where he will give a talk on Mathematical Modeling of the Cardiac Function

Francesca Bonadei is Executive Editor at Springer, based in Milan. She has been working with Springer since 1997, cooperating on several editorial initiatives with Alfio over several decades.