What the age of your brain says about you

Researchers use brain scans to link brain age with mortality 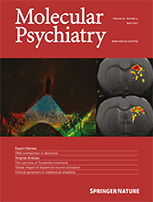 Some elderly people’s brains appear older than the age on their birth certificates. These people have a higher risk of developing deteriorating age-associated conditions and impairments, and even of experiencing an earlier death than expected. So say researchers who used neuroimages of the brain to identify biomarkers that show how the structures of a person’s brain age. Being able to predict someone’s brain age could be a valuable tool to help clinicians make timely medical interventions, believes James Cole of Imperial College London in the UK. He is the lead author of a study in Springer Nature’s journal Molecular Psychiatry that identified so-called brain-predicted age as a useful biomarker.

Cole and his co-workers used neuroimaging techniques in combination with multivariate statistical models. They chose neuroimaging because this technique gives detailed information about brain structure, and they used multivariate statistics because it has already been employed successfully to compare healthy brains with those of people who suffer from age-related pathology and cognitive impairment, such as Alzheimer’s disease, schizophrenia, or traumatic brain injuries.

The researchers first used machine-learning analysis techniques on neuroimaging data from a cohort of 2001 healthy people aged 18-90. This was then compared to the brain scans of 669 older adults who were part of the Lothian Birth Cohort 1936, a longitudinal study conducted in the Edinburgh and Lothians area of Scotland. This comparison was done to determine whether there is any relationship between brain predicted age and age-associated body functions as well as mortality.

In the process, the research team found a marked difference in people whose brains measure as older than their chronological age. They tend to have weaker grips, poorer lung function, slower walking speed and their bodies have suffered more wear and tear. They were worse at solving new problems, and showed poorer performance when applying logic and identifying patterns.

The study showed that it is possible to use neuroimaging assessments to establish a 73-year-old’s predicted age, and also to forecast whether that person will be dead by the age of 80. The research group further found that combining brain-predicted age with certain DNA-related epigenetic biomarkers of ageing further improves predictions about a person’s probable mortality.

“Our study introduces a clinically relevant neuroimaging ageing biomarker and demonstrates that combining distinct measures of biological ageing further helps to determine risk of age-related deterioration and death,” Cole says, in summarizing the study’s value. “Such biomarkers could potentially identify those at risk of age-associated health problems years before symptoms appear, and be used as outcome measures in trials of therapeutics aimed at delaying the onset of age-related disease.”

According to Cole the study’s findings support the use of magnetic resonance imaging (MRI) scans of the brain as a screening tool to help identify people at greater risk of general functional decline and mortality during ageing.