Sexism – it’s in his smile 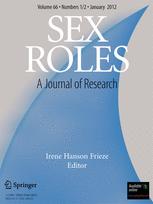 If you want to know what a man’s true attitude towards the female sex is, carefully watch how he smiles and chats to her. This advice is gleaned from a study by Jin Goh and Judith Hall of Northeastern University in the US, published in Springer’s journal Sex Roles. It sheds light on how sexism subtly influences social interaction between men and woman.

Even though discrimination against women is thought to have decreased over the past six decades in the United States, instances of sexism are not difficult to find. Experts believe that such gender discrimination can be both hostile and benevolent. Hostile sexism is an antipathy or dislike of women, and often comes to the fore as dominant and derogatory behavior in an effort to maintain power. Benevolent sexism is less negative on the surface and more paternalistic, reflecting a chivalrous and subjectively positive view of women. Men who demonstrate this “well-intentioned” sexism see women as warm and pure yet helpless, incompetent and in need of men’s protection.

Goh and Hall wanted to investigate how men’s word choice, attitudes and smiles show the type of sexism they sometimes subtly show when interacting with women they have just met. Theirs is the first study to capture both nonverbal and verbal expressions of benevolent and hostile sexism during mixed-gender interaction, and how these two types of sexist beliefs are expressed differently.

The researchers carefully examined the social interaction of 27 pairs of American undergraduate men and women. They were filmed while they played a trivia game together and then chatted afterwards. Observers then scrutinized their interaction by reporting their impressions and counting certain nonverbal cues such as smiles. Word count software was also used to further analyze the content.

The more hostile sexist men were perceived as less approachable and less friendly in their speech. Men with more hostile sexism also smiled less during the interaction. In turn, those who displayed benevolent sexism were rated to be more approachable, warmer, friendlier and more likely to smile. They also used more positive emotional words and were overall more patient while waiting for a woman to answer trivia questions.

“While many people are sensitive to sexist verbal offenses, they may not readily associate sexism with warmth and friendliness,” argues Goh. “Unless sexism is understood as having both hostile and benevolent properties, the insidious nature of benevolent sexism will continue to be one of the driving forces behind gender inequality in our society.”

“Benevolent sexism is like a wolf in sheep’s clothing that perpetuates support for gender inequality among women at an interpersonal level,” elaborates Hall. “These supposed gestures of good faith may entice women to accept the status quo in society because sexism literally looks welcoming, appealing, and harmless.”

About the journal Sex Roles