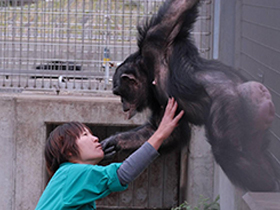 More about Kanako and other chimpanzees at the Kumamoto Sanctuary, Kyoto University
http://www.wrc.kyoto-u.ac.jp/kumasan/en/chimp/

About the Journal
Primates

The full-text article, photos and a video are available to journalists on request.