Maternal stress during pregnancy could influence the biological clock for ageing 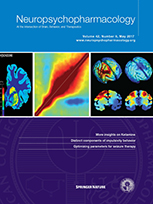 The stress that some mothers experience during their pregnancies could influence the genetic makeup their babies are born with and, eventually, lead to premature biological ageing and associated age-related diseases. This is according to lead authors Tabea Send and Stephanie Witt of the Central Institute of Mental Health, University of Heidelberg in Germany. The study is published in Springer Nature’s journal Neuropsychopharmacology and focuses on a person’s DNA sequences called telomeres, which are essential for cellular replication.

Telomeres help to maintain the integrity of chromosomes, and consist of repeated DNA-sequences that cap and protect eukaryotic chromosomes. Telomeres shorten with each cell division, and eventually reach a critical length. This in turn leads to cellular death, or so-called senescence or apoptosis. Because telomeres shorten substantially as people grow older, researchers use telomere length (TL) as a biological indicator or biomarker of aging. TL at birth is therefore an indicator of biological ageing and associated age-related diseases.

Determining factors that could affect TL in newborns have become an important research endeavour. Environmental influences such as ultraviolet radiation and oxidative stress have already been shown to play a role in telomere length, while people with somatic and psychiatric disorders, including major depression and post-traumatic stress disorder, have been found to have shorter TL. A few smaller studies have also established a possible link between TL and the amount and type of stress that mothers experience during pregnancy.

The current study by Send and her colleagues measured TL in 319 newborns and 318 mothers, most of whom were of Caucasian decent, at three obstetric clinics in the Rhine-Neckar region of Germany. It included interviews and questionnaires involving the mothers on their lifestyle habits, the amount of stress they believe they had to cope with, whether they suffered from any psychological disorders and also on aspects of the father. Saliva samples were collected from the mothers and umbilical cord blood immediately after the babies’ delivery to do genetic analyses.

The children of mothers who had experienced increased psychosocial stress during pregnancy were found to have shorter telomeres. However, the TL in babies of mothers who had been suffering from psychological disorders over the course of their lifetime was not found to be affected. Interestingly, experiencing stress during pregnancy had no influence on a mothers’ own TL, but a lifetime psychological disorder did result in reduced TL in mothers.

Girls were also found to have significantly longer telomeres than boys. This finding supports previous evidence that TL differs between genders at birth. Whether a mother smoked or not during pregnancy influenced her own TL but not that of her offspring.

“Although the meaning of the reported differences in TL for later health is so far unclear, our findings underline the necessity to especially support women with increased risk of experiencing stress during pregnancy,” emphasizes Send.

About the journal Neuropsychopharmacology