Genes may contribute to making some nations happier than others 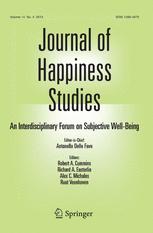 The citizens of nations which rate themselves happiest display a specific genetic feature: their DNA is more likely to contain a specific allele involved in sensory pleasure and pain reduction, say Michael Minkov of the Varna University of Management (formerly International University College) in Bulgaria, and Michael Bond of the Hong Kong Polytechnic University. They weighed up genetic and various external factors to might contribute to national differences in happiness. The findings are published in Springer’s Journal of Happiness Studies.

Minkov and Bond used data from three waves of the nationally representative World Values Survey (2000 - 2014). They calculated the average national percentages of respondents who unambiguously reported being “very happy”. Their calculations also included population genetic data from an allele frequency database maintained by population geneticist Kenneth K. Kidd of Yale University as well as climatic information about the harshness of summers and winters, the historic prevalence of pathogens and World Bank economic data, since national differences in subjective well-being are thought to depend on socioeconomic and climatic factors in addition to genetic factors. The authors found a strong correlation between a nation’s happiness and the presence of the A allele in the fatty acid amide hydrolase (FAAH) gene variant rs324420 in its citizens’ genetic make-up. This allele helps prevent the chemical degradation of anandamide, a substance that enhances sensory pleasure and helps to reduce pain.

Nations with the highest prevalence of the A allele are quite clearly also those who perceive themselves happiest. These include Ghana and Nigeria in West Africa, and northern Latin American nations, such as Mexico and Columbia, whose citizens are of Amerindian or mixed Euro-American descent. The Arab nations of Iraq and Jordan, and the East Asian nations of Hong Kong, China, Thailand and Taiwan, which had the lowest prevalence of this allele, were also found to be the least likely to rate themselves as “very happy”. Genetics also suggests explanations for differences in happiness between European nations. Northern Europeans such as Swedes were found to have a much higher prevalence of the A allele – and more often rate themselves as being very happy - than their cousins from Central or Southern Europe.

The authors recognise that genetics is not the only determinant happiness. They argue that the economic and political difficulties continuously experienced by East European nations contribute to the very low happiness scores of Russians and Estonians. This is despite the fairly high prevalence of the A allele in the genes of these Northeast European nations.

Economic wealth, the type of law governing a nation or disease patterns did not significantly influence national differences in happiness. However, politics and economics did cause fluctuations in happiness levels in certain countries during the time this study was conducted. The authors suggest that, for instance, the percentage of very happy people in Rwanda rose dramatically recently because the effect of the 1994 genocide is wearing off. Inversely, it fell among Egyptians, most likely because of the political and economic turmoil in this North African country.

Climatic differences were also found to be significantly associated with national differences in happiness.

The results may sound somewhat disturbing for nations that are not endowed with beneficial genes and climatic factors. The researchers reiterate that they studied only national differences in relation to one another and not absolute measures. “In other words, we have not shown that a nation's genetic and climatic heritage doom a particular country to a specific happiness score, but that it can still rise and fall because of situational factors,” explains Bond.