Does the universe have a rest frame? 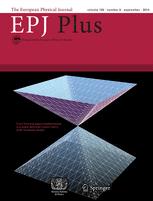 Physics is sometimes closer to philosophy when it comes to understanding the universe. Donald Chang from Hong Kong University of Science and Technology, China, attempts to elucidate whether the universe has a resting frame. The results have recently been published in EPJ Plus.

To answer this tricky question, he has developed an experiment to precisely evaluate particle mass. This is designed to test the special theory of relativity that assumes the absence of a rest frame, otherwise it would be possible to determine which inertial frame is stationary and which frame is moving. This assumption, however, appears to diverge from the standard model of cosmology, which assumes that what we see as a vacuum is not an empty space. The assumption is that the energy of our universe comes from the quantum fluctuation in the vacuum.

In a famous experiment conducted by Michelson and Morley in the late 19th century, the propagation of light was proved to be independent of the movement of the laboratory system. Einstein, his Special Theory of Relativity, inferred that the physical laws governing the propagation of light are equivalent in all inertial frames—this was later extended to all physics laws not just optics.

In this study, the author set out to precisely measure the masses of two charged particles moving in opposite directions. The conventional thinking assumes that the inertial frame applies equally to both particles. If that’s the case, no detectable mass difference between these two particles is likely to arise. However, if the contrary is true, and there is a rest frame in the universe, the author expects to see mass difference that is dependent on the orientation of the laboratory frame. This proposed experiment partially inspired by the Michelson and Morley experiments can be conducted using existing experimental techniques. For simplicity, an electron can be used as the charged particle in the experiment.