Curiosity is key to early childhood success in math and reading 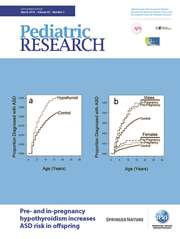 Curious children are better able to grasp basic math and reading. This is according to a group of researchers from the University of Michigan, led by Prachi Shah. The study in the journal Pediatric Research, which is published by Springer Nature, is the first to investigate a possible link between curiosity and early academic success among young children. In addition, the researchers found that for children from poorer communities, curiosity is even more important for higher academic achievement than for children from more well-off backgrounds, and may serve as a potential target of intervention to close the achievement gap associated with poverty.

Children who have developed a wide range of socio-emotional skills are generally more successful when they start school. These skills include invention, imagination, persistence, attentiveness to tasks, as well as the ability to form relationships and manage feelings. According to Shah, most current early learning interventions focus on improving a child’s effortful control which includes their ability to concentrate or control impulses. Very few interventions aim to cultivate curiosity in young children – a trait that Shah describes as the joy of discovery, and the motivation to seek answers to the unknown.

Data for the current study were drawn from the Early Childhood Longitudinal Study, Birth Cohort. This nationally representative population-based study sponsored by the US Department of Education has followed thousands of children since their birth in 2001. Their parents were interviewed during home visits and the children were assessed when they were nine months and two years old, and again when they entered preschool and kindergarten. In 2006 and 2007, the reading and math skills and behavior of 6200 of these children then in kindergarten were measured.

“Our results suggest that after controlling for other factors associated with higher achievement, curiosity continues to make a small but meaningful contribution to academic achievement,” explains Shah.

This trait was found to be as important as effortful control in promoting reading and math academic achievement at kindergarten age. This was especially true for children who showed an eagerness to learn new things. The relationship between a child’s curiosity and academic achievement was not related to a child’s gender or levels of effortful control.

“These findings suggest that even if a child manifests low effortful control, high curiosity may be associated with more optimal academic achievement,” adds Shah. “Currently, most classroom interventions have focused on the cultivation of early effortful control and a child’s self-regulatory capacities, but our results suggest that an alternate message, focused on the importance of curiosity, should also be considered.”

The researchers explain that fostering curiosity may be especially important for children from lower socio-economic backgrounds.

“In such situations, the drive for academic achievement is related to a child’s motivation to learn, and therefore his or her curiosity,” explains Shah. “Our results suggest that the promotion of curiosity may be a valuable intervention target to foster early academic achievement, with particular advantage for children in poverty.”