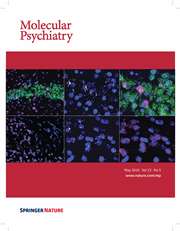 Children and adolescents who grow up with one or more of these environmental risk factors are likely to resort to violence, aggression and crime as adults, irrespective of an underlying mental illness. This is according to a new study in the journal Molecular Psychiatry, which is published by Springer Nature. Thirty-two researchers contributed to the interdisciplinary work which was led by Hannelore Ehrenreich of the Max Planck Institute of Experimental Medicine in Germany. The study, with equally contributing first authors, Marina Mitjans, Jan Seidel and Martin Begemann, provides a first solid hint that growing up in extreme societal conditions can markedly alter gene expression through a process called epigenetics.

In a previous study, the researchers reported that schizophrenia could develop about ten years earlier in genetically predisposed people who grow up in high-risk conditions, such as suffering childhood maltreatment, sexual abuse or head trauma. As demonstrated in the present study, the same high-risk conditions led to a five times’ greater likelihood of a person being hospitalized in forensic units because of violent behaviour.

For this work, the researchers analyzed data from six different study populations. Overall, the data stemmed from more than 1500 people living with schizophrenia (accessed through the Göttingen Research Association for Schizophrenia, GRAS), as well as more than 550 members of Spain’s general population. The researchers factored in aspects such as whether the person grew up in an at-risk area, namely if he or she was living in a big city or had migrated, experienced forms of physical or sexual abuse or used cannabis or engaged in problematic alcohol consumption before the age of 18 years. As outcome measure, the researchers evaluated whether study participants had been convicted of violent crimes such as sexual assault, manslaughter, battery or murder.

“Our data support the concept of a disease-independent development of violent aggression in people exposed to multiple pre-adult environmental risk factors,” says Ehrenreich. “In all cohorts, accumulation of pre-adult environmental hits was highly significantly associated with lifetime conviction for violent acts or high psychopathy and aggression-hostility scores as proxies of violent aggression and rule-breaking. Strikingly, we note that the composition of risk factors is interchangeable.”

Subsequently, the researchers carried out comprehensive epigenetic analyses of the blood samples of a subgroup of 142 people. Higher levels of histone-deacetylase1 (HDAC1) mRNA were found in the samples of 33 men with high-risk profile. HDAC1 is an ‘umbrella mediator’ of epigenetic processes and changes that can be influenced by environmental factors. “This is a first small hint of epigenetic alterations in our high-risk subjects,” says Ehrenreich.

“The results of this study should motivate socio-political actions, aiming at identifying individuals-at-risk and improving precautionary measures,” she adds. “Risk factors, interchangeable in their long-term consequences, like urbanicity, migration, and substance abuse, should be increasingly considered through more intensive research into primary prevention.”