Changing communities may affect the success of Iceland’s evacuation guidelines 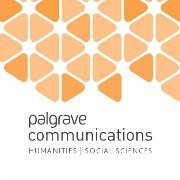 Icelanders generally responded well to evuation guidelines when the volcano Eyjafjallajökull erupted in 2010 and caused widespread disruption to international travel. However, since then the demography, economy and political structure of Iceland have changed. For example, tourism has become especially important in South Iceland in the past few years. New research led by Deanne Bird of the University of Iceland looks at how communities responded to the Eyjafjallajökull evacuation and makes recommendations for future response plans taking into account recent changes to Iceland’s population. The study is published in the journal Palgrave Communications which is part of the Springer Nature portfolio.

As populations expand into hazardous areas, communities become increasingly vulnerable to disasters, argues Bird. Iceland is an interesting place for disaster risk research because it records a volcanic eruption every three to four years on average, and has a changing population, as well as recent exponential growth in tourism.

Bird and Gísladóttir conducted a survey a few months after the volcano Eyjafjallajökull erupted in 2010. By conducting in-depth interviews and questionnaires with officials, rescue team members and residents, they noted that authorities were able to generate a positive response to evacuation orders due to ongoing preplanning in response to seismic assessments that indicated an eruption was imminent. The positive response was also due to the trust and respect residents had for the authorities.

When the call came to evacuate, people were alerted via an automated phone alert system, while groups of people went from house to house to ensure that everyone had received the message. Despite these efforts, only about half of the people surveyed by Bird and Gísladóttir decided to evacuate. Those who stayed generally did so because they felt obliged to take care of others or livestock.

“These perspectives provide a critical viewpoint of how and why people behave the way they do when faced with a volcanic crisis,” says Bird.

She believes that a one-size-fits all approach to evacuations, like that largely employed in 2010, is unlikely to generate a proactive public response in the future because populations are increasingly diversifying in South Iceland. She highlights how important it is for local authorities to continually engage local communities in their risk mitigation strategies and procedures. In the process they will be more in tune with how their local communities are changing and be able to in response adapt their strategies. Bird emphasizes that there is value in local residents sharing their stories and experiences of evacuations with new neighbours to help them prepare for disaster events.

“As communities diversify, so too will people’s beliefs, values and activities,” notes Bird. “With diversity come challenges in respect to generating a proactive public response to future evacuation orders. Some communities might become more vulnerable. On the other hand, this situation provides opportunities to develop new and exciting methods to ensure a proactive public evacuation response among old and new residents.”