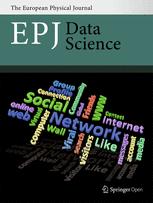 Competitive sports and games are all about the performance of players and teams, which results in performance-based hierarchies. Because such performance is measurable and is the result of varied rules, sports and games are considered a suitable model to help understand unrelated social or economic systems characterised by similar rules-based complexity. Now, a team of Mexican scientists have used the performance of national teams in tennis, chess, golf, poker and football as a test-bed for identifying universal features in the creation of hierarchies - such as the stratified structure found in the global hierarchical distribution of wealth. José Morales from the National Autonomous University of Mexico and his colleagues found they could, in principle, predict changes in rank occupancy over the course of a contender's lifetime, regardless of the particularities of the sports or activity. These findings, published in EPJ Data Science, enhance our ability to forecast how stratification occurs in competitive activities.

The authors set out to determine the path to establishing complex hierarchies, like sports teams' performance rankings. Their objective was to detect statistical regularities that indicate how competition shapes the hierarchies of players and teams.

In particular, the team analysed how the performance rankings of players and teams for several sports and specific games evolved over time - referred to as rank diversity, a concept previously used to study how vocabulary changes in time in the context of linguistics.

They found that ranking hierarchies may be driven by the same underlying generic mechanisms as rank formation, regardless of the nature of the teams' or players' characteristics. This means that the measure of the number of elements occupying a given performance rank over a length of time has the same functional form in sports and games as in languages; another system where competition is determined by the use or disuse of grammatical structures instead of sports rules.