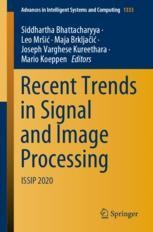 Siddhartha Bhattacharyya, FIET (UK), is currently Professor in Christ University, Bangalore, India. He served as Senior Research Scientist at the Faculty of Electrical Engineering and Computer Science of VSB Technical University of Ostrava, Czech Republic, from October 2018 to April 2019. Prior to this, he was Professor of Information Technology at RCC Institute of Information Technology, Kolkata, India. He is a co-author of 5 books and a co-editor of 65 books and has more than 300 research publications in international journals and conference proceedings to his credit. His research interests include soft computing, pattern recognition, multimedia data processing, hybrid intelligence and quantum computing.

Leo Mršić is Vice Dean and Assistant Professor in Algebra University College, Croatia. He has strong organizational skill set during 20 years of management experience. He is active in the EDU community and a member of ESCO Maintenance Committee (ThirdMAI). With a wide range of different experiences, he is capable of providing a deep and usable approach in several areas related to law, digital technology, math, structured decision making and educational methodologies. He is an independent EU Project Funds consultant and a registered consultant in GOPA Consulting Group database.

Maja received her doctorate from the Central European University, Budapest. She worked as a researcher at the Institute for Human Sciences, Vienna, and as a project manager for the Westfalische Wilhelms-Universitat, Munster. She is a winner of Erich Maria Remarque’s scholarship at New York University and the Alexander-von-Humboldt Foundation for Freie Universitat, Berlin. She worked as a project manager at CEU and as a guest lecturer at Northwestern University, USA. She also worked as  Head of Educational Programmes for Students in Algebra, and at the moment, she leads Algebra LAB’s start-up incubator.

Joseph Varghese Kureethara completed his Ph.D. from MS University, Tirunelveli, and master’s degree in Economics and Mathematics from Madras University. He has over 16 years of experience in teaching and research at Christ University, Bengaluru, and has published over 100 articles in the fields of graph theory, number theory, history, religious studies and sports both in English and Malayalam. Dr. Joseph co-edited three books and authored one book. He has delivered invited talks in over thirty conferences and workshops. He is the Mathematics issue editor of Mapana Journal of Sciences and a member of the Editorial Board and a reviewer of several journals.

Mario Köppen studied physics at the Humboldt University, Berlin, and received his master’s degree in solid-state physics in 1991. In 2006, he became JSPS Fellow at the Kyushu Institute of Technology, Japan, in 2008 Professor at the Network Design and Research Center (NDRC) and in 2013 Professor at the Graduate School of Creative Informatics of the Kyushu Institute of Technology, Japan. His research interests include multi-objective and relational optimization, digital convergence and human-centered computing. He has published more than 150 peer-reviewed papers in conference proceedings, journals and books. He was actively involved in the organization of the WSC on-line conference series on Soft Computing in Industrial Applications, and the HIS conference series on Hybrid Intelligent Systems. He is a founding member of the World Federation of Soft Computing, and since 2016 an editor-in-chief of its Elsevier Applied Soft Computing journal.