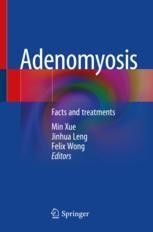 This book aims to provide updated facts and treatments for practicing gynecologists and postgraduate doctors to enhance their understanding of pathogenesis, pathology, symptoms and diagnostic imaging technology of adenomyosis, such as to select appropriate treatments, to improve the symptoms, fertility and the quality of life of women with adenomyosis. This book also particularly introduces the new treatment for adenomyosis using the non-invasive High Intensity Focused Ultrasound ablation treatment. Hopefully, it will provide a better understanding of its operation, effectiveness, and pregnancy outcome, to formulate a more successful treatment strategy for this disease.

Professor Xue is the Professor, Chief Physician, and Doctoral supervisor at the Department of Gynecology and Obstetrics, Third Xiangya

Hospital of Central South University. Her main interests are gynecologic endoscopy and gynecological oncology. She was awarded the titles of Xiangya famous doctor, famous doctor of Hunan Province, and obtained the Special Government Allowances of the State Council, China.

She is a Standing Committee Member of the Chinese Obstetricians and Gynecologists Association (COGA), Vice-Chairman of Minimally and Non-invasive Medical Association; Member of the Chinese Society of Gynecological Oncology, Chairman of Hunan Obstetrics and Gynecology Association; and Vice-Chairman of Hunan perinatal medicine Association; She is also an Editorial Board Member of Journal of Practical Gynecology and Obstetrics, Journal of Chinese physician, China Journal of Endoscopy, and the Journal of Central South University (Medical Sciences). Her research activities include 5 National research projects and 20 Provincial research projects. She has compiled 21 books and published more than 170 medical papers. Dr. Jinhua Leng, MD, is the Professor at the Department of OB/GYN, Peking Union Medical College Hospital, China. She has a clinical practice focusing on complex gynecologic disorders such as endometriosis and adenomyosis. She is also the lead and director for minimally invasive surgery. She holds many other academic positions, including the Chairman of Endometriosis society, Chinese Medical Doctor Association, the Chairman of Professional Committee of Endometriosis of Chinese Obstetricians and Gynecologists Association (COGA), the Deputy Chairman of the Laparoscopy Group of Gynecological Minimal Invasive Surgery, the Deputy Head of the Gynecologic Endoscopy Group, COGA, and the Director of Grade 4 Endoscopy Center of the National Health and Family Planning Commission. She was also awarded several prizes for her scientific work, including the Award of National Science and Technology Progress (Second prize, 2004), Award of Beijing Science and Technology Progress (First prize, 2006), Award of China Medical Science and Technology (First prize, 2011), Award of Beijing Science and Technology Progress (Second prize, 2011), Award of Beijing Science and Technology Progress (Third prize, 2011), and the Award of the National Maternal and Child Health Science and Technology Achievement (First prize, 2016). She have published several clinical guidelines including the Chinese Guidelines of diagnosis and treatment for endometriosis (2015) and for the adenomyosis (2020) and a Consensus of Chinese experts on long term management of endometriosis (2018). She has published more than 130 papers at home and abroad as the first or corresponding author up to 2020.

Professor Felix Wong is at present an Adjunct Professor at the University of New South Wales after he retired from his jobs as the past Professor and Medical Director of Liverpool Hospital in Sydney, Australia. He contributed to medical education in Asia Pacific Countries over the past 30 years. In recognition of his contributions to teaching, he received many awards and honors. In 2009, he received the Endos Award in Medical Science and Technology, China, for his excellent achievement in Endoscopic surgery. In 2017, he was granted Lin Qiaozhi Cup by the Chinese Obstetricians and Gynecologists Association (COGA) in recognition of his significant contribution to the field of obstetrics and gynecology in China. In 2017, he was honored by Lifetime Achievements Award by Asia-Pacific Association for Gynecologic Endoscopy and Minimally Invasive Therapy (APAGE). In 2017, he was awarded by the European Society for Gynecological Endoscopy (ESGE) for Excellent Contribution Award. Professor Wong had edited 12 medical books and had published more than 200 papers in local and international journals. He is currently the Chairman of the  China-Asia Pacific Association of Minimally Invasive Gynecologic Oncologists (CA-AMIGO) and Foundation Chairman of China-Australia-Asia Pacific Forum of Minimally Invasive Surgery and Vice President of the World Association of Chinese Obstetricians and Gynecologists.

Despite his endoscopic contributions, he continues to contribute towards the development of HIFU education and services in China and Asia Pacific Areas.