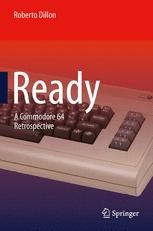 How did the Commodore 64 conquer the hearts of millions and become a platform people still actively develop for even today? What made it so special?

This book will appeal to both those who like tinkering with old technology as a hobby and nostalgic readers who simply want to enjoy a trip down memory lane. It discusses in a concise but rigorous format the different areas of home gaming and personal computing where the C64 managed to innovate and push forward existing boundaries.

Starting from Jack Tramiel's vision of designing computers "for the masses, not the classes," the book introduces the 6510, VIC-II and SID chips that made the C64 unique. It briefly discusses its Basic programming language and then proceeds to illustrate not only many of the games that are still so fondly remembered but also the first generation of game engines that made game development more approachable − among other topics that are often neglected but are necessary to provide a comprehensive overview of how far reaching theC64 influence was.

Written in a straightforward and accessible style, readers will relive the dawn of modern technology and gain a better understanding of the legacy that was built, bit by bit, in those pioneering days by computers that had only a tiny fraction of the power modern machines have and, yet, were used to create the technological world we are now living in.

With a foreword by Michael Tomczyk

Originally from Italy but currently based in Singapore, Dr. Roberto Dillon is active both as a developer and as a game design professor.

As a developer, he founded the indie studio Adsumsoft and his games have been showcased at events like Sense of Wonder Night in Tokyo, FILE Games in Rio de Janeiro and at the Indie Prize Showcase Asia. He also worked as lead game designer on Kentaura's Horse Master games (250k+ unique players on Facebook and #1 Sports or Racing Game in more than 20 countries including Australia on Apple's AppStore).

As an academic and educator, Roberto was the Game Design Department Chair at DigiPen Singapore, with several of his students gaining top honors at the IGF both in San Francisco and Shanghai, and now lectures Game Design at JCU Singapore, where he is also the Curator of the 'JCU Museum of Video and Computer Games', the first museum completely dedicated to the preservation of video games in South East Asia.

Roberto is a regular speaker at game related conferences (Game Connection, Casual Connect, Develop, Korea Games Conference, Serious Games Summit, Game Education Summit, Game Convention Asia etc. ) and wrote different books for AKPeters and CRC Press: 'On the Way to Fun', where he introduced the 6-11 Framework, a game design methodology now referenced in several university curricula as well as used by game designers in both indie and large multinational studios, 'The Golden Age of Videogames', a history of the gaming industry

from its origins till the PlayStation launch and 'HTML5 Game Development from the Ground Up with Construct 2' to introduce aspiring developers to the world of game making.
Show all
Reviews

“This book encapsulates everything that made the Commodore 64 such an enduring and admired piece of engineering. It is ultimately a celebration of what happens when hardware democratizes human creation, expression, and ingenuity, leaving a legacy that fuels its fans and influences modern tech innovators today and well into the future. Summing Up: Highly recommended. All students in game programs, researchers/faculty, professionals/practitioners, and gaming enthusiasts.” (A. Chen, Choice, Vol. 52 (11), July, 2015)