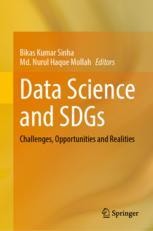 The book presents contributions on statistical models and methods applied, for both data science and SDGs, in one place. Measuring and controlling data of SDGs, data driven measurement of progress needs to be distributed to stakeholders. In this situation, the techniques used in data science, specially, in the big data analytics, play an important role rather than the traditional data gathering and manipulation techniques. This book fills this space through its twenty contributions. The contributions have been selected from those presented during the 7th International Conference on Data Science and Sustainable Development Goals organized by the Department of Statistics, University of Rajshahi, Bangladesh; and cover topics mainly on SDGs, bioinformatics, public health, medical informatics, environmental statistics, data science and machine learning.

The contents of the volume would be useful to policymakers, researchers, government entities, civil society, and nonprofit organizations for monitoring and accelerating the progress of SDGs.

Professor Bikas K Sinha has been publishing Springer monographs and edited volumes since 1989. Besides being an academic with Indian Statistical Institute [1979-2011], he has served Government of India as a Member of National Statistical Commission for the 3-year period 2006-2009. His research publications span both statistical theory and applications. He was appointed an ‘Expert on Mission’ for the United Nations-funded Workshop on Survey Methodology in 1991. Professor Sinha has travelled extensively worldwide with teaching/research/consultancy assignments. He has held various academic assignments in international institutes.