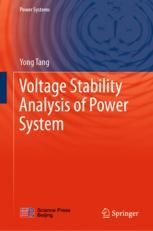 Yong Tang, born in September 1959 in China, is a professorate senior engineer and doctoral supervisor. He is currently the Chief Engineer of China Electric Power Research Institute, Beijing, China, and director of the State Key Laboratory of Power Grid Safety and Energy Conservation. Prof. Tang has been engaged in the research of power system simulation technology and software development, power system operation analysis, power system stability control and other fields for a long time, and has made important innovation achievements in the field of power system security defense and simulation analysis.
He is member of Chinese Society For Electrical Engineering, senior member of IEEE, member of CIGRE, chairman of China Standardization Committee of Short-circuit Current Calculation, and member of China Standardization Technical Committee of Power Grid Operation and Control. He is chief editor of Proceedings of the CSEE, deputy editor of Power System Technology, and editorial board member of CSEE Journal of power and energy systems. He is the part-time doctoral supervisor of Tsinghua University, Huazhong University of Science and Technology, Tianjin University, Shandong University, Beijing Jiaotong University and Hefei University of technology.
Prof. Tang has published more than 160 SCI / EI papers, 6 monographs, got 52 invention patents authorized, and compiled 7 national / industrial standards. He was awarded a special government allowance by the State Council of China in 1995. He was selected as the first batch of national candidates for the "Hundred, thousand and ten thousands talents project in the new century" and an outstanding young science and technology expert of State Grid Corporation of China in 2004. He was selected as one of the top ten "science and technology leaders" of State Grid Corporation of China in 2011. He won the China Electric Power Science and Technology outstanding contribution award in 2016. As the first completer, he won 1 first prize of National Science and Technology Progress Award, 5 first prizes of provincial and ministerial level Science and Technology Award, and 2 Outstanding Prizes of Chinese Patent.