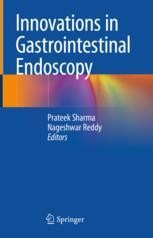 He has been at the forefront in improving diagnosis and management of GI diseases and cancer, specifically in advanced imaging and endoscopic treatments. He is a world-renowned physician, teacher, and educator.

Dr. Sharma has been interviewed by the Wall Street Journal and Newsweek. He has over 400 publications, including original articles and book chapters, and is regularly invited to present at major national and international meetings. In addition, he has co-edited several important books. Dr. Sharma has and continues to publish in several high-profile national and international journals, including the New England Journal of Medicine,  Annals of Internal Medicine,  Gastrointestinal Endoscopy,  Gastroenterology, and American Journal of Gastroenterology. Dr. Sharma is currently a Governing Board Member of the American Society for Gastrointestinal Endoscopy and President of the International Society for Diseases of the Esophagus and has held numerous positions at World Gastroenterology Organization(WGO), American Gastroenterological Association (AGA) and American College of Gastroenterology (ACG).