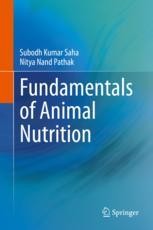 The book provides comprehensive information about the different aspects of veterinary nutrition in tropical countries.The introductory chapter discuss the importance of nutrition, feeds and feeding of balanced and optimum feeds specifically required for the sustenance of life. The second chapter, discusses briefly the history of  research in animal nutrition.The book further talks about the relationship between the environment and nutrition in animals; the chemical composition of plants and animals; and the various sources of feed for animals. It provides details on the different phases of life cycle in animals, and the effect of nutrition on the performance. Various Nutrients and its importance in livestock nutritionand production has been illustrated in details. Various nutrients such as water, carbohydrate, protein, fats,  vitamins, minerals etc are individually dealt in a separate chapter. The digestive system,digestion and metabolism of carbohydrates, protein and fats in ruminant and non ruminant livestock have been illustrated. A dedicated chapter fully describes the activity of enzymes which are directly involved in nutrition. Also this book deals with the harmful components of animal feed which are found mainly in the unconventional feeds. The books also provide chapters like partitioning of feed& energy and also the therapeutic and clinical nutrition which are very importantfor the under graduate & post graduate students and researchers of animal nutrition and livestock production and management.

Subodh Kumar Saha, B.V. Sc& A.H., M.Sc. (D), PhD, Post Doctorate (Brisbane-Australia), FNAVS, FNAVNAW, principal Scientist, started his career as a scientist on 1995 at, Central Agricultural Research Institute (CARI), Port Blair, A & N islands. He served as scientist for seven years at CARI. He joined at IVRI, Izatnagar, India in the year 2003 and last 18 years engaged in teaching, research and extension activities at IVRI. He published more than 80 research papers, 150 conference papers and seven books. He has been awarded many prestigious awards and recognitions by different societies and organisation. He visited USA and undergone a training on methane mitigation at Iowa State university, Ames, USA. He was also awarded prestigious Endeavour fellowship award for postdoctoral research in 2015- 16 at CSIRO, Brisbane, Australia. He successfully guided more than 20 post graduate students as an advisor so far. Very recently, he visited Berlin, Germany where he presented an invited lecture. He is the governing council member, NAVS (I) and the general secretary of the Pashu Poshan Kalyan Samiti, Bareilly, India.

Nitya Nand Pathak was born on 1st July, at Balia, UP. After his Doctorate, joined in the research service at IVRI. Later on he became head of the Animal Nutrition division on 1990. After few years, he was selected as Director, Central Buffalo Research Institute, Hisar, India. He was the Project Leader of Buffalo Development Project at Song Be in S.R. Vietnam (1982-84). Dr. Pathak worked with more than 150 co-workers. Dr. Pathak published more than 25 books and 350 research papers. He was hold the post as President, Animal Nutrition Association, Izatnagar, India and Animal Nutrition Society of India, Karnal, India. He had been also vice president of Indian Society of Buffalo Development, Hisar and Indian Society of wildlife and Zoo Veterinarians, Bareilly. He was hold the office of general secretary of NAVS (I), New Delhi. He is the founder president of National Academy of Veterinary Nutrition and Animal welfare, Bareilly.
Show all