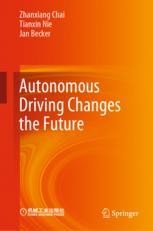 The book is intended for auto fans, upper undergraduate and graduate students in the field of automotive engineering.

​Zhanxiang Chai
Zhanxiang Chai, a Master’s degree holder, has studied at Automotive Engineering Department of Tsinghua University and Business School of Colorado State University respectively. He is also a PMP certified by Project Management Institute, USA. Since 1990, he has served at China Academy for Launch-Vehicle Technology, Mercedes-Benz Beijing Liaison Office, Fiat Auto Beijing Representative Office, ASIMCO Group subsequently, holding various technical and managerial positions. He held the position of Assistant Chairman of China Council for the Promotion of International Trade Automotive Committee (CCPIT-Auto) in 2009, mainly responsible for the execution of top level conferences and auto shows, as well as international cooperation.  With his thorough and profound observation on auto industry, he was instrumental in creating the Global Automotive Forum in 2010 as the Secretary General of the GAF Organizing Committee. Under his overall leadership, Global Automotive Forum has been ranked among top 10 most influential conferences in China since 2012.


Tianxin Nie
A successful entrepreneur, investment banker, and advocate of EVs, Tianxin Nie has been a leading automotive industry visionary, specializing in Research & Development, for the past twenty years. From being a core founding member of the Lotus China Team to his current position leading a team developing all-new premium EVs in California, his reputation and accomplishments have been widely acknowledged in various industries and countries. In 2014, he was appointed to create an all-new EV company. His twenty-year commitment to realizing smart and green mobility for the future, and for everyone, won’t be considered futuristic for much longer.


Jan Becker
Jan Becker is President, CEO, and Co-Founder of Apex.AI, Inc. He is also the Managing Director of the Apex.AI GmbH and Co-Founder and Director of the Autoware Foundation. Prior to founding Apex.AI, he was Senior Director at Faraday Future responsible for Autonomous Driving and Director at Robert Bosch LLC responsible for Automated Driving in the North America. He also served as a Senior Manager and Principal Engineer at the Bosch Research and Technology Center in Palo Alto, CA, USA, and as a senior research engineer for Corporate Research at Robert Bosch GmbH, Germany. Since 2010, Jan is Lecturer at Stanford University for autonomous vehicles and driver assistance. Previously, he was a visiting scholar at the University’s Artificial Intelligence Lab and a member of the Stanford Racing Team for the 2007 DARPA Urban Challenge. In 2019, Jan was appointed to serve on the external Advisory Board of MARELLI to provide strategic advice to the MARELLI Board. He is an inventor who is listed on more than 50 patents and patent applications, author of more than 50 publications and papers covering autonomous systems, robotics, driver assistance, automated driving, and frequent speaker at major conferences. Jan was listed as one of the top ‘60 people driving the self-driving movement’ by Automotive News in 2016. He is a senior member of the Institute of Electrical and Electronics Engineers (IEEE) and belongs to the organization’s Control Systems Society, Intelligent Transportation Systems Society, and Robotics and Automation Society. He is Associate Editor of the IEEE Intelligent Vehicles Symposium and the Intelligent Transportation Systems Conference, and was on the Board of Governors of IEEE’s Intelligent Transportation Systems Society from 2014-2016 and served on the board of directors of Silicon Valley Robotics from 2012-2014.
Jan is also a member of SAE and co-author of the standard SAE J3016, which defines the levels of driving automation. Jan earned a Ph.D. in control engineering from the Technical University of Braunschweig, Germany, a master’s degree in mechanical and aerospace engineering from the State University of New York at Buffalo, USA and a master’s degree in electrical engineering from the Technical University of Darmstadt, Germany.