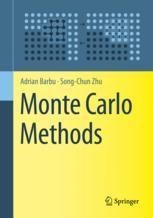 Adrian Barbu received his PhD in Mathematics from Ohio State University in 2000 and his PhD in Computer Science from the University of California, Los Angeles in 2005. His research interests are in machine learning, computer vision and medical imaging. He received the 2011 Thomas A. Edison Patent Award with his co-authors from Siemens for their work on Marginal Space Learning. In 2007 he joined the Statistics Department at Florida State University, first as an assistant professor, and since 2013 as an associate professor.

Song-Chun Zhu received his PhD degree in Computer Science from Harvard University in 1996. He is currently a professor of Statistics and Computer Science, and director of the Center for Vision, Learning, Cognition and Autonomy, at the University of California, Los Angeles. His main research interest has been in pursuing a unified statistical and computational framework for vision and intelligence, which includes the Spatial, Temporal and Causal And-Or graph (STC-AOG) as a unified representation and numerous Monte Carlo methods for inference and learning.  He has published over 200 papers in the areas of computer vision, statistical learning, cognition, AI, and robot autonomy.  He has received a number of honors, including the David Marr Prize in 2003 for image parsing, and twice Marr Prize honorary nominations in 1999 for texture modeling and in 2007 for object modeling. In 2008 he received the J.K. Aggarwal Prize from the Intl. Association of Pattern Recognition for “contributions to a unified foundation for visual pattern conceptualization, modeling, learning, and inference”. In 2013 he received the Helmholtz Test-of-Time Prize for a paper on image segmentation. He has been a fellow of IEEE Computer Society since 2011, and the principal investigator leading several ONR MURI and DARPA teams working on scene and event understanding and cognitive robots under a unified mathematical framework.