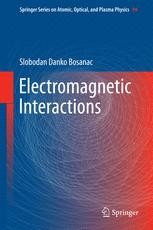 His field of research is atomic and molecular physics, electromagnetic interaction with charges, astrophysics. In 1986 he initiated interdisciplinary conferences under a general title Brijuni Conferences that since then run continuously on a biannual basis. Prof. Bosanac is a president of the Croatian branch of the US based organization Center for Inquiry whose primary aim is promotion of science. He was also recently appointed head of the Swiss Space Systems branch for Croatia, with a general aim of setting up Space Center Croatia with the central object the Space Port.