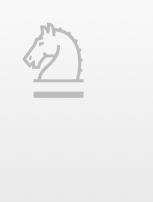 Geometry of the Semigroup Z_(≥0)^n and its Applications to Combinatorics, Algebra and Differential Equations

This vital contribution to the mathematical literature on combinatorics, algebra and differential equations develops two fundamental finiteness properties of the semigroup Z_(≥0)^n that elucidate key aspects of theories propounded by, among others, Hilbert and Kouchnirenko.

The authors provide explanations for numerous results in the field that appear at first glance to be unrelated. The first finiteness property relates to the fact that Z_(≥0)^n can be represented in the form of a finite union of shifted n-dimensional octants, while the second asserts that any co-ideal of the semigroup can be represented as a finite, disjoint union of shifted co-ordinate octants.

The applications of their work include proof that Hilbert’s implication that dimension d of the affine variety X equals the degree of Hilbert’s polynomial can be developed until its degree X equates to the leading coefficient of the Hilbert polynomial multiplied by d. The volume is a major forward step in this field.