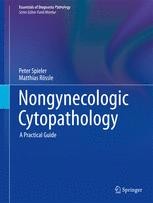 This manual for diagnostic cytologists offers detailed guidance on diagnostic problems likely to be encountered in everyday practice. It encompasses exfoliative and aspiration cytology of all major nongynecologic body sites. Each chapter opens with an algorithm that presents the reader with the relevant microscopic findings, the most important additional findings, and the differential diagnostic possibilities and problems in a clear and easily remembered form. Another important feature is the wealth of high-quality color photomicrographs, which clearly document the visual appearances of the most important lesions and highlight the differential diagnostic difficulties. The accompanying text contains helpful general remarks and presents further relevant information on diagnostics, differential diagnostic procedures, and auxiliary methods. Besides established cytologists and pathologists, cytopathologists in training and cytotechnologists will find this book to be a valuable aid.

Peter Spieler, MD, trained at the University of Basel, Switzerland, before specializing in Clinical Pathology at the Kantonsspital St. Gallen and University of Berne. After serving as Assistant Medical Director at the Pathology Institute in St. Gallen, he undertook further education in diagnostic cytology and research at the Karolinska Hospital in Stockholm. In 1980 he returned to become Head of the Cytology Department at the Kantonsspital St. Gallen and since 2002 has had additional responsibility for the professional management of the Cytologic Laboratory of the Regional Cancer Society. Dr. Spieler has accumulated enormous experience in clinical cytology during the course of more than 30 years’ activity in the field. Around 100,000 fine-needle aspirations have been performed at his institution, and he has been personally involved in the broad use of ultrasound-guided aspiration and the continual application of new laboratory and diagnostic technologies to cytologic specimens.