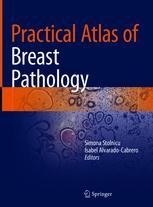 This book presents the basic concepts for understanding and practicing breast pathology in routine practice. It explains how to tackle the diagnosis, emphasizing diagnostic clues for each entity as well as pitfalls and mimickers. Each chapter has concise, relevant text illustrated by numerous high-quality pictures highlighting the pearls and challenges in the diagnosis of breast lesions.

Experts from around the world describe common and rarer conditions affecting the breast. Histology, immunohistochemistry, cytology, radiology and key morphologic criteria are covered. The book includes a chapter dedicated to breast normal histology, which is very important for understanding breast pathology, and a separate chapter for breast radiology, which is essential in understanding and diagnosing the breast lesions especially in a multidisciplinary team. Also, there is a chapter with the latest TNM staging system as well as the recently revised World Health Organization classification of breast tumors. Since in many breast units the cytology is still used to diagnose breast lesions there is a chapter dedicated to this technique. This book is aimed at trainees and practicing pathologists in surgical pathology, particularly those with an interest in breast pathology and those tackling the daily sign-out.
Show all
About the authors

She has special interests in gynecological pathology, breast pathology, ophthalmic pathology and cytopathology. She has published and presented over 400 papers and contributed to 17 medical books.