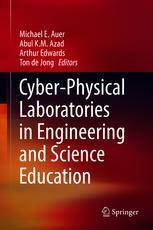 This volume investigates a number of issues needed to develop a modular, effective, versatile, cost effective, pedagogically-embedded, user-friendly, and sustainable online laboratory system that can deliver its true potential in the national and global arenas. This allows individual researchers to develop their own modular systems with a level of creativity and innovation while at the same time ensuring continuing growth by separating the responsibility for creating online laboratories from the responsibility for overseeing the students who use them. The volume first introduces the reader to several system architectures that have proven successful in many online laboratory settings. The following chapters then describe real-life experiences in the area of online laboratories from both technological and educational points of view. The volume further collects experiences and evidence on the effective use of online labs in the context of a diversity of pedagogical issues. It also illustrates successful online laboratories to highlight best practices as case studies and describes the technological design strategies, implementation details, and classroom activities as well as learning from these developments. Finally the volume describes the creation and deployment of commercial products, tools and services for online laboratory development. It also provides an idea about the developments that are on the horizon to support this area.

Michael E. Auer received his Ing. degree (1971) and his Ph.D. degree (1975) from the Dresden University of Technology. His working field was the analysis and design of high-speed integrated microelectronic circuits. From 1974-91 he was an assistant professor at the faculties “Electrical Engineering” and “Informatics” of this university. His research in this time was related to high-speed digital circuit simulations, design systems and platforms for the design and simulation of microelectronic circuits and real time and network programming in UNIX environments. From 1991-95 he was Head of the software department F+O Electronic Systems GmbH, Heidelberg. His research there was related to real time and network programming, embedded control systems, programming in C, C++, PERL, as well as system- and network administration of heterogeneous networks with UNIX, VMS and Windows workstations. In 1995 Michael Auer was appointed Professor of Electrical Engineering at the Carinthia University of Applied Sciences, Villach, Austria and built up the teaching domain “Fundamentals of Electrical Engineering and Circuit Design”. Michael Auer has also a teaching position for “Microelectronics” at the University of Klagenfurt, Austria and works as a visiting professor at some universities worldwide. His current research is directed to technology enhanced learning and remote working environments. Besides being a co-chair or member of the Program Committees of several international conferences and workshops he is especially involved as Founder and general chair of the annual International Conferences “Interactive Collaborative Learning” (ICL) and “Remote Engineering and Virtual Instrumentation” (REV). In 2009 Michael Auer was appointed as member of the Advisory Board of the European Learning Industry Group (ELIG). Furthermore he is chair of the Advisory Board of the International E-Learning Association (IELA). Michael Auer is Managing Editor of the OnlineJournals.ORG platform with a number of open access Journals in the fields of “Online Engineering”, “Emerging Technologies in Learning”, Mobile Technologies” and “Engineering Pedagogy”. Michael Auer is Founder, President and CEO of the “International Association of Online Engineering” (IAOE), a non-governmental organization that promotes the vision of new engineering working environments worldwide. From 2009-2016 he was President of the “International Society for Engineering Education” (IGIP). In 2015 he was elected as President of the International federation of Engineering Education Societies (IFEES) for the term 2016-2018.

Abul K. M. Azad is a Professor with the Technology Department of Northern Illinois University, US.  He has a Ph.D. in Control and Systems Engineering and M.Sc. and B.Sc. in Electronics Engineering.  He has been in academics for 25+ years, and his research interests include remote laboratories, mechatronic systems, mobile robotics, and educational research.  In these areas, Dr. Azad has over 115 refereed journal and conference papers as well as 5 edited books.  So far, he has attracted around $2.6M of research and development grants from various national and international funding agencies.  He is a member of the editorial board for a number of professional journals as well as an Editor-in-Chief of the International Journal of Online Engineering.  Dr. Azad is active with remote laboratory field and is the President of the Global Online Laboratory Consortium (GOLC) as well as the Vice-President of the International Association of Online Engineering (IAOE).  Dr. Azad is also active with few other professional organizations like- IEEE, IET, ASEE, ISA, and CLAWAR Association and served as Chair and Co-Chairs of numerous conferences and workshops.  He was a program evaluator for the ABET and is active in evaluating research and development projects for various national and international funding agencies in US, Europe, and Australia.

Arthur Edwards holds a master’s degree in education from the University of Houston (1985). He has collaborated at the University of Colima, Mexico for 29 years as lecturer/ researcher where he has been instrumental in the area of curricula and instruction. He is co-founder of the College of Foreign Languages, The University English Program and the Self Access Centers of this institution. As head of the Self Access Center, he developed an interest in Computer Assisted Language Learning (CALL) and moved to the College of Telematics to follow up this line of research, where he is currently a senior tenured researcher. During this first period of his career, he authored two English textbooks published by the University of Colima Press. In 1999, he was assigned to the College of Telematics full time, where he developed additional interests in eLearning and other related topics. He was awarded funding in 1999 to follow up his project of eLearning by the Ministry of Scientific Research of the Mexican government, being the first project approved for financing of the College of Telematics. Over the last decade, Arthur Edwards has been integrated into the Mobile Computing workgroup, where he has collaborated on a series of nationally and internationally funded research programs in the area of Ad-hoc networking (primarily vehicular ad-hoc networks) and remote mobile self-organizing robotics. During this time, he has participated in the publication of approximately 50 scientific articles, 30 book chapters and 6 books. He has also participated internationally as editor in 4 journals (two related to technology and two related to sustainability in education. Arthur Edwards has also participated in various national and international organizations, where he has evaluated research projects, publications, conferences, etc.

Ton de Jong holds a chair in Instructional Technology at the University of Twente, the Netherlands. He specializes in inquiry learning and collaborative learning (mainly in science domains) supported by technology. He was coordinator of several EU projects and several national projects including the ZAP project in which interactive games/simulations for psychology were developed. ZAPs commercial licences now go over 80.000 in number. He was coordinator of the 7th framework Go-Lab project on learning with online laboratories in science and currently is coordinator of its H2020 follow-up project Next-Lab. He published over 200 journal articles and book chapters, was associate editor for the Journal of Engineering Education and for Instructional Science and currently is on the editorial board of eight journals. He has published papers in Science on inquiry learning with computer simulations (2006), design environments (2013), and virtual laboratories (2013). He is AERA fellow and was elected member of the Academia Europaea in 2014. He is dean of the master programme Educational Science and Technology at the University of Twente.