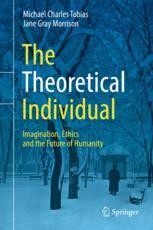 Imagination, Ethics and the Future of Humanity

How can the one influence the many? From posing seminal questions about what comprises a human individual, to asking whether human evolution is alive and well, favoring individuals or the species, this work is a daring, up-to-the-minute overview of an urgent, multidisciplinary premise. It explores the extent to which human history provides empirical evidence for the capacity of an individual to exert meaningful suasion over their species, and asks: Can an individual influence the survival of the human species and the planet? If there are to be cultures of transformation dedicated to seeing us all through the Sixth Extinction Spasm, the Anthropocene, inflicting as little biological havoc as possible, what might such orientations—a collective, widespread biophilia, or reverence for nature—look like? In this powerful work, with a combination of data and direct observation, the authors invite readers to explore how such transformations might resonate throughout the human community; in what ways a person might overcome the seemingly insurmountable environmental tumult our species has unleashed; the clear and salient motives, ethics, aspirations and pragmatic idealism he/she might mirror and embrace in order to effect a profound difference—at the individual level—for all of life and life’s myriad habitats. Chapters illuminate an ambitiously broad digest of research from two-dozen disciplines. Those include ecodynamics, biosemiotics, neural plasticity, anthropology, paleontology and the history of science, among others. All converge upon a set of ethics-based scenarios for mitigating ecological damage to ourselves and other life forms. This highly readable and tightly woven treatise speaks to scientists, students and all those who are concerned about ethical activism and the future of the biosphere.


Michael Charles Tobias and Jane Gray Morrison are ecological philosophers and animal liberation activists who have worked for decades to help enrich our understanding of ecosystem dynamics and humanity’s ambiguous presence amid that great orchestra that is nature.

Michael Charles Tobias earned his Ph.D. in the History of Consciousness at the University of California-Santa Cruz, specializing in global ecological ethics and the interdisciplinary humanities. He has conducted field research in over 90 countries, producing a wide-ranging, body of work that embraces the history of science, aesthetics, anthrozoology, comparative literature, philosophy, and natural history in the context of a multitude of current and potential-future scientific, geo-political, economic, and social scientific scenarios. Tobias has been on the faculties of such colleges and universities as Dartmouth, the University of California-Santa Barbara, the University of New Mexico-Albuquerque and Georgia College & State University. For 18 years Tobias has been President of the Dancing Star Foundation (www.dancingstarfoundation.org; www.dancingstarnews.com). The Theoretical Individual is Tobias’ 4th book with Springer.
Jane Gray Morrison, Executive Vice President of the Dancing Star Foundation for 18 years, has written and co-edited dozens of books, including Sanctuary: Global Oases of Innocence (www.sanctuary-thebook.org), Donkey: The Mystique of Equus Asinus (Council Oak Books), Why Life Matters (Springer) and Anthrozoology (Springer). In addition, Morrison has written, produced and/or directed numerous major film documentaries and docudramas that have been broadcast throughout the world. Among them are the ten-hour series, “Voice of the Planet” (TBS), “A Parliament of Souls” (PBS), “No Vacancy” (PBS), “A Day in the Life of Ireland” (PBS), “Mad Cowboy” (PBS) and “Hotspots” (www.hotspots-thefilm.com, PBS). A Goodwill Ambassador to Ecuador’s Yasuní National Park and early advocate for an Antarctic World Park (“Antarctica: The Last Continent” [PBS]), Ms. Morrison has worked to save endangered species and habitat on every continent. Those efforts have included the creation and management of one of the most successful mainland island scientific reserves in the Southern Hemisphere, on Stewart Island, New Zealand.