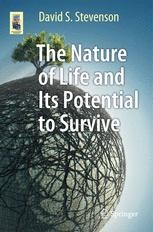 The Nature of Life and Its Potential to Survive

This book looks at the persistence of life and how difficult it would be to annihilate life, especially a species as successful as humanity. The idea that life in general is fragile is challenged by the hardiness of microbes, which shows that astrobiology on exoplanets and other satellites must be robust and plentiful. Microbes have adapted to virtually every niche on the planet, from the deep, hot biosphere, to the frigid heights of the upper troposphere.

Life, it seems, is almost indestructible. The chapters in this work examine the various scenarios that might lead to the extermination of life, and why they will almost always fail. Life's highly adaptive nature ensures that it will cling on no matter how difficult the circumstances.

Scientists are increasingly probing and questioning life's true limits in, on and above the Earth, and how these limits could be pushed elsewhere in the universe. This investigation puts life in its true astronomical context, with the reader taken on a journey to illustrate life's potential and perseverance.
Show all
About the authors

David Stevenson was born in Paisley, Scotland, in 1968. He studied Molecular Biology at Glasgow University and obtained a PhD in Genetics from the University of Cambridge.  He then studied Astronomy and Planetary Sciences and Geophysics and Geochemistry (S267) at the OU.

After a stint in academia, he became a teacher, but continued to write science articles for various publications. In July 2007 an article on Type Ia Supernovae, “A Bigger Bang”, was published in Sky & Telescope, with a second article on supernovae published in the same magazine in October 2011. Three books have followed on supernovae, red dwarf stars and star clusters (Extreme Explosions, Under a Crimson Sun and The Complex Life of Star Clusters, respectively). A further article on stellar mergers is at the production stages with Astronomy magazine, while a spin-off article from Extreme Explosions, “Supersized Stellar Mystery”, was published in Popular Astronomy in February 2014. Despite a background in Biology, the author’s father inspired his interest in Astronomy from an early age. Many parallels can be drawn between the lives of people and those of stars. Exploring the cross-roads of different scientific disciplines is a key interest and motivation in both teaching and writing.

His publishing history includes peer-reviewed biological research articles from 1999-2009, including one on the early development of life, “The Origin of Translation” published in the Journal of Theoretical Biology (Elsevier Press) and an article on the discovery of antibiotic resistance genes in plants, published in Plant Physiology; numerous articles published on the Blackwell Plant Sciences website 2002-2007; “Turning out the Lights” – Popular Astronomy August, 2003; “A Bigger Bang” Sky & Telescope, July 2007; “Exceptional Explosions”, Sky & Telescope, October 2011; “Extreme Explosions” and “Under a Crimson Sun” books, Springer 2013; "Supersized Stellar Mystery", Popular Astronomy, January 2014; "The Complex Life of Star Clusters", Springer, May 2015; and “Stellar Mergers” in production with Astronomy magazine, [due July 2016;]  "The Exo-weather Report", Springer, is due in Summer 2016.

“This book is part of Springer’s Astronomer’s Universe series and is an excellent read for anyone having broad interests. The author writes fluently with a light touch, making for an enjoyable read … . Each chapter ends with a conclusion and references, and the book with a Glossary and Index. The breadth and depth of the coverage, weaving together geology, chemistry, and biology, make for a strong recommendation.” (Peredur Williams, The Observatory, Vol. 138 (1267), December, 2018)

“Stevenson, a scholar with a range of expertise, including molecular biology, genetics, and planetary science, combines these disciplines in a fascinating study of the perseverance of life. The book examines the intricacies of genetics, including how life could have begun from simple chemical processes and evolved to its present complexity–having expanded to fill an incredible variety of ecological niches. … Summing Up: Highly recommended. Lower-division undergraduates and above.” (M. K. Cleaveland, Choice, Vol. 55 (9), May, 2018)