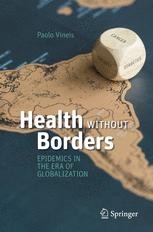 Epidemics in the Era of Globalization

This book discusses globalization and its impact on human health. The population of the world grew from 1 billion in 1800 to 7 billion in 2012, and over the past 50 years the mean temperature has risen faster than ever before. Both factors continue to rise, as well as health inequalities. Our environment is changing rapidly, with tremendous consequences for our health. These changes produce complex and constantly varying interactions between the biosphere, economy, climate and human health, forcing us to approach future global health trends from a new perspective. Preventive actions to improve health, especially in low-income countries, are essential if our future is going to be a sustainable one. After a period of undeniable improvement in the health of the world’s population, this improvement is likely to slow down and we will experience– at least locally – crises of the same magnitude as have been observed in financial markets since 2009. There is instability in health systems, which will worsen if preventive and buffering mechanisms do not take on a central role. We cannot exclude the possibility that the allied forces of poverty, social inequalities, climate change, industrial food and lack of governance will lead to a deterioration in the health of large sectors of the population. In low-income countries, while many of the traditional causes of death (infectious diseases) are still highly prevalent, other threats typical of affluent societies (obesity, diabetes, cardiovascular diseases) are increasing. Africa is not only affected by malaria, TB and HIV, but also by skyrocketing rates of cancer. The book argues that the current situation requires effective and coordinated multinational interventions guided by the principle of health as a common good. An entirely competition-driven economy cannot – by its very nature – address global challenges that require full international cooperation. A communal global leadership is called for.

Paolo Vineis is Chair of Environmental Epidemiology at Imperial College. His current research activities focus on examining biomarkers of disease risk as well as studying the effects of climate change on non-communicable diseases.

“From morality to molecules, environment to equity, climate change to cancer, and politics to pathology, this is a wonderful tour of global health – consistently presented in a clear, readable format. Really, an important contribution.”

“This book is a salutary and soundly argued reminder that the ‘common good’ is not simply what remains after individuals and groups have appropriated the majority of societal resources: it is in fact the foundation on which any society rests and without which it collapses.”

Paolo Vineis is a leading researcher in the fields of environmental and molecular epidemiology. His current research activities focus on examining biomarkers of disease risk and complex exposures, as well as studying the effects of climate change on non-communicable diseases. He has written several books and authored more than 800 scientific publications. He is Chair of Environmental Epidemiology at Imperial College, London and Head of the Unit of Molecular and Genetic Epidemiology at the HuGeF Foundation  in Torino.

“In Health without Borders, Vineis (Imperial College, UK), a leading researcher in the fields of environmental and molecular epidemiology, attempts to show relationships between economics, globalization, and modern public health issues. … this book appropriate for a wide range of readers, especially those with an interest in global health and disease prevention. Summing Up: Recommended. All readers.” (K. R. Thompson, Choice, Vol. 55 (5), January, 2018)

“It does a good job of presenting the meaning of global health and begins to tie together the underlying causes of these global health threats … . The intended audience is public health professionals and students of public health, which is an appropriate audience.” (Angela Jean Toepp, Doody's Book Reviews, October, 2017)