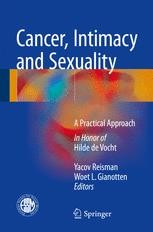 This book provides a wide-ranging overview of the sexual consequences of cancer and its treatment with the aim of equipping physicians and other health care providers with the awareness and knowledge required in order to offer patients effective treatment. While sexuality may not be the primary focus for cancer patients, at some point, whether because of sexual changes or relationship issues, many patients come to acknowledge the effects that cancer and its treatment have had on their sexuality. Although the impacts are frequently similar, significant variation is observed. Some patients experience changes in all phases of sexual response, while others experience none; moreover, the consequences of the effects may be felt differently by patients and partners.   Unfortunately, many physicians and health care providers remain insufficiently aware of the impact of cancer on sexuality and/or lack knowledge about the concerns of patients and the available treatments and coping strategies. A further issue is the reticence of physicians to discuss sexuality and the fear of sexologists to talk to patients about cancer. Readers will find this book to be a rich source of help in overcoming these constraints and delivering suitable care to patients.

Woet L. Gianotten, began his career by spending more than 5 years in tropical medicine in West and East Africa, before moving to reproductive health and sexology. He spent two decades focusing on “common sexology” (where medical issues are not at stake) and then transferred to “medical sexology” (addressing sexual problems caused by disease, physical impairment, and medical interventions). During this period, Dr. Gianotten was Senior Lecturer in Medical Sexology in the University Medical Centre, Utrecht and the Erasmus Medical Centre in Rotterdam. His field subsequently narrowed to the subspecialties of rehabilitation sexology (after stroke, spinal cord injury, multiple sclerosis, etc.), gerontosexology, and oncosexology (sexuality and intimacy aspects of cancer) with a special focus on the terminal and palliative stage. Dr. Gianotten is co-founder of the International Society for Sexuality and Cancer (ISSC) and is a past member of the Executive Committee of the World Association for Sexual Health. He was co-editor of a Dutch textbook on sexology (2009) and editor-in-chief of a Dutch handbook on sexuality in disease and physical impairment (2008). Since his retirement in 2006, his core business has been teaching and training in sexual medicine/sexual health.