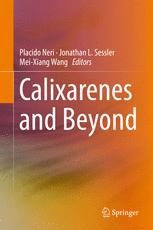 Contributions featuring the chemistry and applications of a family of macrocyclic compounds collectively known as 'calixarenes' are presented in this edited volume. The arsenal of structures based on calixarenes provides tools which are effective in numerous areas of supramolecular chemistry. The Editors have compiled a timely volume which contains up to date, high calibre contributions from a large number of international authors. A broad perspective on the progress and future of calixarene chemistry is presented. Aimed at students and researchers active in Supramolecular Chemistry.

Prof. Placido Neri received his doctoral degree in Chemistry in 1985 from the University of Catania. From 1984 to 1998 he worked at the "Istituto per lo Studio delle Sostanze Naturali di Interesse Alimentare e Chimico-Farmaceutico" (ISSN) of the Italian National Research Council (Consiglio Nazionale delle Ricerche - C. N. R.) of Catania, where he was responsible for the "Macrocyclic Chemistry Division" (1992-98). In the period 1990-91 he was visiting researcher at the "NMR Research" division of Abbott Laboratories, Abbott Park, Illinois (USA). In the years 1998-2002 he was Associate Professor and then (since 2002) became Full Professor of Organic Chemistry at the Department of Chemistry of the University of Salerno. In this Department he has been Coordinator of Doctoral Degree in Chemistry (A.Y. 02/03 e 03/04), Coordinator of the Chemistry Ph.D. program (Cycles XVI-XXI, from 01/04/03 to 07/12/05), and President of the Chemistry Didactic Area (from 09/12/05 to 30/09/08) with the responsibilities of the 1st Level Chemical Degree (3 years) and of the 2nd Level Chemical Degree (2 years). From January 2009 up to 2013 he was vice-Dean of the Faculty of Math., Phys., and Nat. Sciences. He is currently responsible for the following courses for the doctoral degree in Chemistry: "Organic Chemistry II", "Physical Methods in Organic Chemistry", "Supramolecular Chemistry". Since 1996 he has acted as "Regional Coordinator for Italy" of the "Global Supramolecular Chemistry Network" (GSCN). Since 1999, he has been an official scientific advisor of the "ISSN-CNR". The Research activity of Prof. Placido Neri started in the field of natural product chemistry and continued with multidimensional NMR study of biomacromolecule/substrate interactions. More recently he has been interested in supramolecular and macrocyclic chemistry. His research work has led to more than 138 publications, including reviews and chapters in edited books, and a patent.


Prof. Jonathan Sessler is a professor of chemistry at The University of Texas at Austin. He is notable for his pioneering work on expanded porphyrins and their applications to biology and medicine. He is a co-founder of Pharmacyclics, Inc., (NASDAQ: PCYC) a company that works with expanded porphyrins, and Anionics, Inc., which develops anion recognition chemistry.

Sessler received his Bachelor of Science in Chemistry in 1977 from the University of California, Berkeley and his Ph.D. in chemistry in 1982 from Stanford University. He continued as a post-doctoral fellow at L'Université Louis Pasteur, and worked in Kyoto, Japan before becoming an Assistant Professor of Chemistry at The University of Texas at Austin in 1984.

Sessler has written extensively, authoring or co-authoring over 350 publications. In addition, he has co-authored two books and edited a third. He holds more than 70 U.S. patents. Dr. Sessler has received many awards and much recognition, as a Sloan Fellow (1999), Fellow of the AAAS (1999), Dreyfus Teacher-Scholar (1999), ACS Cope Scholar (1999), recipient of the JSPS and Alexander von Humboldt Senior Fellowships (1999), and winner of the Izatt-Christensen Award (1999).

Sessler has participated in hosting chemistry circuses on the UT campus. These circuses are held for different grade levels from elementary to college, and aim to expose students to "fun" aspects of chemistry. Sessler has also lectured on how the disease Porphyria, caused by a deficiency in porphyrins, may be related to the origin of myths about vampires and werewolves.

“Book is most appropriate for synthetic chemists … as the examples and analyses provided incorporate concepts from various fields. Examples for topics like NMR, coordination chemistry, and unit symmetry could certainly be pulled from this text and applied to specific discussions in graduate courses. In brief, this is a text primarily for researchers involved in this type of chemistry, but it will also be a valuable reference for faculty teaching graduate-level courses. Summing Up: Recommended. Graduate students, faculty and professionals.” (J. Tedesco, Choice, Vol. 54 (8), April, 2017)