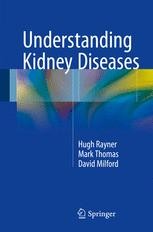 This text aids medical students and trainee doctors in developing their knowledge of the conditions covered and improving their ability to clinically assess patients and formulate a management plan. Once doctors are comfortable in interpreting these graphs, they can use them in consultations with patients about their kidney condition and so support self-management by patients, an increasingly important aspect of healthcare. Kidney diseases and the speciality of nephrology have traditionally been regarded as difficult to understand. This is compounded by the use of complex definitions and terminology.  These complex definitions result from a need to categorise kidney diseases according to the way kidney function changes over time, and then to express this in numbers and words.  Central to the assessment of patients is the measurement of kidney function. In our teaching of medical students and trainee doctors, as well as in our clinical practice and interaction with GPs and consultant colleagues, we have found that viewing graphs of patients’ kidney function (estimated glomerular filtration rate, or eGFR) against time is a much easier way of understanding kidney diseases. It provides the patient’s ‘kidney history’ and leads into a description of the natural history and management of their condition.   We were surprised to find that this graphical approach is not used routinely in teaching or in daily clinical practice. We therefore believe there is a need for a book that uses this approach and we thus sought to compile a collection of illustrative case studies covering an array of disease categories, together with patients’ eGFR readings.

Dr Hugh Rayner gained a first class degree in physiology at Cambridge University before qualifying with honours at the London Hospital Medical College in 1981. He was awarded an MD from the University of Leicester for studies on experimental models of kidney disease. After a number of training posts, including a year as clinical fellow in Melbourne Australia, he was appointed as a consultant in renal and general medicine in Birmingham in 1993.

As part of his studies for the Diploma in Medical Education from Dundee University in 1996, he presented a dissertation on the interpretation of serum creatinine and published a consensus curriculum for undergraduate renal medicine [1]. He is a full time nephrologist, clinical lead for the West Midlands Renal Network, and continues to teach renal medicine to undergraduates and trainee doctors.

Dr Mark Thomas studied Biological Sciences and Medicine as an undergraduate at Kings College London and Westminster Medical School. After postgraduate training he was a Research Fellow at Washington University Medical School in St Louis, USA for three years, studying models of proteinuric renal disease. This interest continued during Senior Registrar training in Leicester. He has been a Consultant Nephrologist and Physician at the Heart of England Foundation Trust in Birmingham since 1998.

He has had a clinical research interest in acute kidney injury (AKI) for some years, including earlier detection and intervention in AKI. He is chief investigator for the Acute Kidney Outreach to Reduce Deterioration and Death (AKORDD) study, a large pilot study of AKI outreach. He has chaired clinical guideline development groups for AKI and anaemia management in CKD for the UK National Institute for Health and Care Excellence (NICE).

“This book goes a long way to remediating these deficiencies and is a must have for any medical student or junior Doctor struggling with the subject as well as for Doctors in training considering a career in renal medicine. … In this book the authors don’t just manage to impart knowledge and information, but a careers’ worth of experience. This book can be used well as a reference tool … .” (Matthew Graham-Brown, Renal Medicine, renalmed.co.uk, January, 2016)