Psychology
Theory and History in the Human and Social Sciences 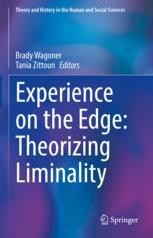 Experience on the Edge: Theorizing Liminality

Liminality has become a key concept within the social sciences, with a growing number of publications devoted to it in recent years. The concept is needed to address those aspects of human experience and social life that fall outside of ordered structures. In contrast to the clearly defined roles and routines that define so much of industrial work and economic life, it highlights spaces of transition, indefiniteness, ambiguity, play and creativity. Thus, it is an indispensable concept and a necessary counterweight to the overemphasis on structural influences on human behavior.

This book aims to use the concept of liminality to develop a culturally and experientially sensitive psychology. This is accomplished by first setting out an original theoretical framework focused on understanding the ‘liminal sources of cultural experience,’ and second an application of concept to a number of different domains, such as tourism, pilgrimage, aesthetics, children’s play, art therapy, and medical diagnosis. Finally, all these domains are then brought together in a concluding commentary chapter that puts them in relation to an overarching theoretical framework.

Brady Wagoner is Professor of Psychology and Co-Director of the Centre for Cultural Psychology at Aalborg University as well as Professor II at Bjørknes Høyskole. He received his PhD from the University of Cambridge, where he also co-created the F.C. Bartlett Internet Archive. He is associate editor of the journals Culture & Psychology and on several editorial boards. His research focuses on the cultural and constructive dimensions of the mind, particularly in relation to memory, imagination and social change. His most recent books include The Constructive Mind: Bartlett’s Psychology in Reconstruction (Cambridge University Press, 2017), Handbook of Culture and Memory (Oxford University Press, 2018) and The Psychology of Radical Social Change with Fathali Moghaddam and Jaan Valsiner (Cambridge University Press, 2018). He has received two early career awards from the American Psychological Association (divisions 24 and 26) and has been a research fellow at the Institutes for Advanced Studies in Lyon, Madrid and Amsterdam.

Tania Zittoun is professor at the Institute of psychology and education at the University of Neuchâtel (Switzerland). She develops a sociocultural psychology of the lifecourse, with a specific focus on transitions, the role of institutions and the dynamics of imagination. Her theoretical work is in dialogue with psychoanalysis and the critical social sciences. Her current empirical work addresses mobility as well as ageing. She is Associate Editor of Culture & Psychology, and her last books are Human development in the lifecourse. Melodies of living (with Jaan Valsiner, and four other colleagues, CUP, 2013), Imagination in Human and Cultural development (with Alex Gillespie, Routledge, 2016) and the Handbook of culture and imagination (OUP, 2018, co-edited with Vlad P. Glaveanu).