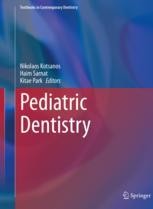 This textbook provides dental practitioners and students with all the knowledge required in order to treat optimally the oral conditions encountered in children and adolescents and to offer appropriate guidance on subsequent oral health self-care. The opening chapters are designed to assist readers in providing empathic care on the basis of a sound understanding of the processes of physical and psychological maturation. The use of sedation and anesthesia is then discussed, followed by detailed information on such key topics as tooth eruption and shedding, preventive and interceptive orthodontics, and control of dental caries. Restoration procedures and pulp treatment necessitated by dental caries, trauma and/or developmental anomalies are clearly described, with reference to relevant advances in dental technology and materials. Subsequent chapters focus on conditions compromising dental or general oral health in the pediatric age group, such as periodontal diseases, dental wear, dental anomalies, TMJ disorders, and soft tissue lesions. The book concludes by examining treatment approaches in children and adolescents with disabilities, syndromes, chronic diseases, craniofacial abnormalities, and generally advocating children centered dentistry as it affects their quality of life.

​Nikolaos Kotsanos, DDS, PhD, is Professor and former Head of Pediatric Dentistry Department, Dental School, Aristotle University of Thessaloniki, Greece. He is the Director of its postgraduate program in Pediatric Dentistry. Following his PhD and training at Bristol dental Hospital and School, England (1978-82), he has been teaching at Aristotle University since 1984, except for his postgraduate studies break (1990–91) in Pediatric Dentistry at New York University, USA. He has over 70 publications in peer-review scientific journals and is the editor of a Pediatric Dentistry textbook (in Greek), published in 2015. He has been in the supervising team for five doctoral and 20 Masterʼs theses (four of which received awards at international pediatric dental congresses). He has been an invited speaker in various countries across the world.

Kitae Park, DDS, PhD, is a Professor at The Institute of Oral Health Science, Samsung Medical Center, Sungkyunkwan University School of Medicine, Seoul, Korea. From 2000 to 2011 he served as Chair of the Department of Pediatric Dentistry/Department of Orthodontics and Pediatric Dentistry at the institute. Dr. Park undertook his dental studies at Yonsei University in Seoul, graduating in 1985, and he later also gained his PhD from the university (2007). He undertook residencies in Pediatric Dentistry and Orthodontics at New York University and Northwestern University, Chicago in 1991 and 1999, respectively, and holds an MS in both Dental Materials Science (1992) and Orthodontics (1999). He is author of the textbook Practical Approaches in Early Orthodontic Treatment (in Korean; DaehanNarae Publishing, 2009) and co-author of Early Orthodontic Treatment: When, How and Why? (in Korean; Jisung Publishing, 2008).
Show all