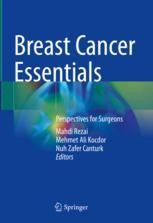 Breast cancer is a disease requiring multidisciplinary management including surgery, medical and radiation oncology, radiology, pathology, nuclear medicine, genetic counseling, and psychological support. Each member of the team needs to be updated continuously on breast cancer treatment because of its rapidly changing nature. From the diagnostic procedures to operations and even in metastatic stages of breast cancer, surgeons play an essential part in multidisciplinary teams. After standard surgical options, oncoplastic breast surgery is rapidly becoming one of the most important surgical topics that should be learned by attending surgeons. The idea of writing this book stemmed from a collaboration between the European Academy of Senology (EAoS), European Institute of Oncology (IEO), Euro-Asian Society of Mastology (ESOMA), and SENATURK (Turkish Academy of Senology), which have been working together to promote better training in breast care for professionals. The book offers invaluable support for breast surgeons by covering critical and essential information in senology. It will also greatly benefit the other members of multidisciplinary teams, surgery residents, gynecologists, and plastic and reconstructive surgeons.

Mahdi Rezai is a Breast Surgeon and Gynecologist, Director of the Düsseldorf Breast Center, Founder of the European Academy of Senology, of the first breast center in Germany, and the International Senology Initiative, as well as a member of EUROMA.  After his medical studies in Paris and Düsseldorf, he worked at the gynecological hospital in Düsseldorf – Gerresheim, where he was appointed as a senior doctor and chief medical representative of the Senology department. Since 1997, he has been Medical Director of the Düsseldorf Breast Center, Luisen hospital. His activities mainly focus on breast-conserving surgery for breast cancer, reconstructive and aesthetic breast surgery, oncology for breast cancer, and post-operative treatment.

Nuh Zafer Canturk is a professor of Surgery and Surgical Oncology and also the Medical Director of Kocaeli University Hospital. He is the founder and vice president of Turkish Senology Academia (SENATURK), Society of Kocaeli Breast Disorders, and president of Innovation Society for Health Quality (SAKID), Ex-general secretary and executive committee member for Federation of Turkish Breast Societies, the Founder and the governor of The Breast Disorders Meeting of Anatolian part of Marmara (MAYMET). He is also one of the founders and executive committee members of the Turkish Breast Surgery Society. He is a fellow of the American College of Surgeons and He holds an Honorary Diplomas from the board of European surgical Society and also the Breast Division of the European Surgical Society. Following graduation from Thomasville High School, USA, Prof. Canturk obtained his medical degree (MD) and surgical residency training from Cumhuriyet University School of Medicine. He was a Visiting Professor at the Strang Cancer Prevention Center and the Memorial Sloan Kettering Cancer Center (USA) in 1996-1997. He also got a diploma in surgical oncology in 2013. He was appointed as an executive committee member of the Southeast European Chapter of EUROMA. He also represents the Turkish Breast Surgical Society in the examination committee of the Breast Division in the European Board of Surgery. He is also active member of many organizations including the International Society of Surgery (ISS/SIC), Breast Surgery International (BSI), the International Association for Endocrine Surgery, SENATURK (Turkish Academy of Senology), Turkish Surgical Society. On the other hand, he has prepared several manuscripts, books, and books' chapter published and he also serves as an editor or editorial committee member on the editorial board of several national journals.