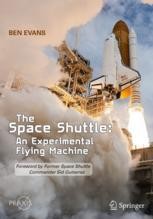 This book explains how the achievements of the Space Shuttle, the world’s first reusable manned spacecraft, were built on the foundation of countless technical challenges.

Through thick and thin, the Space Shuttle remained the centerpiece of the American human spaceflight program for three decades. In addition to deploying satellites, planetary probes and, of course, the Hubble Space Telescope, it delivered astronauts to the Mir space station and assembled and sustained the International Space Station. Yet the path to these incredible achievements was never an easy one, with some obstacles resulting in the loss of life and other major consequences that plagued the fleet throughout its operational career.


The book adopts a challenge-by-challenge approach, focusing on specific difficulties and how (if at all) they were fully overcome. Going beyond the technical issues, it relates the human stories of each incident and how changes were effected in order to make the shuttle an exceptionally safer – though still experimental – flying machine.

Ben Evans has been involved with the topic of space exploration, especially human space exploration, since childhood. He regularly wrote to NASA, corresponded with astronauts and attended lectures and events. Since 1992, Evans has written extensively for the magazines Spaceflight, Countdown, Astronomy Now, Astronomy, All About Space and BBC Sky at Night Magazine.

Evans is currently the senior writer for the website AmericaSpace.com, where he covers space history, launches and International Space Station news. He has written nine previous books for the Springer-Praxis imprint, including NASA’s Voyager Missions (2003), Space Shuttle Columbia (2005), and Space Shuttle Challenger (2006). More recently, Evans wrote a six-volume History of Human Space Exploration, published between 2009 to 2014.