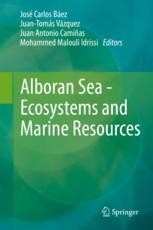 The Alboran Sea represents a regional Mediterranean space where North and South worlds merges, creating a geopolitical region where marine resources and maritime activities should be managed from a national and international perspectives. It is widely known, that currently the planet is suffering a global change, and it is also affecting the Alboran Sea, its ecosystems and populations.

An important first step to update a paramount vision on this region is to understand the climatic, geologic and oceanographic, including biochemical cycles, process which shapes the rich geodiversity, biodiversity, the productivity, and the sustainable use of the marine resources from Alboran Sea.

The fisheries management system should take into account marine environmental variability to achieve biological sustainability of marine resources. Well-funded policy-makers’ decisions require a sound science based knowledge of the interaction between the marine environment and commercial stocks. This is because the role of marine environment in the evolution of fish stocks is sometimes even more important than the one played by fishers in the commercial exploitation of them. Finally, we should analyze the different aspects of political context that could affect the management of the resources from Alboran Sea in the context of climate change.

This book reviews different aspects of the Alboran Sea to help understand the current situation from the original Tethis Ocean.

The book is divided into four blocks: (i) Oceanographic, geological and ecological context (chapters 2 to 7), (ii) biodiversity and ecosystems distribution (chapters 8 to 12), (iii) fisheries resources and aquaculture (chapters 13 to 20), and (iv) conservation, management and marine polices (chapters 21 to 25).

José Carlos Báez has a PhD in biology from the University of Málaga (Spain). From 2017 onwards he has an official research position at the Spanish Institute of Oceanography, and is a research affiliate at the University Autónoma de Chile (Chile). His research is focused on the ecology and conservation of marine megafauna such as sharks, marine mammals and sea turtles, and tuna fisheries management. He actively participates in monitoring the tuna fisheries operated by the Spanish fleet. He has published more than 122 scientific articles in peer-reviewed journals, of which 63 are scientific journals indexed in Journal Citation Reports by Clarivate Analytics. A lot of these published studies, are based in the Alboran Sea and its marine ecology. He has been a scientific advisor in reports requested by FAO and the European Union, including the Alboran fisheries and its impact on marine megafauna and the tuna fisheries. Currently, he is member of the International Union for Conservation of Nature's (IUCN-SSC) Marine Turtle Specialist Group, and also he is a member of the board of directors of the Spanish Herpetological Association (AHE), from where he collaborates and advises various national administrations on the conservation of sea turtles. In addition, he is an active member of different working groups of the Regional Fisheries Management Organizations (RFMOs), such as ICCAT and IOTC. He participated as scientific advisor for the British Broadcasting Corporation (BBC) Natural History Unit, during the filming and production of the film "SHARKS".
Juan A. Camiñas, PhD in Biology by the Complutense University of Madrid (Spain) is a retired scientist from the Spanish Institute of Oceanography (IEO). After more than 30 years at IEO, he became a FAO officer in February 2008 working at the Organisation until March 2015. During that period he was the Coordinator of two FAO Projects, CopeMed II (Co-ordination to Support Fisheries Management in the Western and Central Mediterranean - CopeMed Phase II), and ArtFiMed (Sustainable development of the artisanal fisheries in Morocco and Tunisia) aiming on fisheries sustainability in the central and western Mediterranean region. Director of the FAO CopeMed II headquarters in Malaga from 2008 he was member of the Fisheries and Aquaculture Department of the FAO.Director of the IEO Malaga Marine laboratory from July 1989 until 2008, he has been working as scientific advisor of the Spanish and the European Commission administrations on fisheries and fish biology issues; his main expertise is the Mediterranean artisanal fisheries and the interactions of fishing gears with marine turtles and other species. As Spanish representative in the General Fisheries Commissions for the Mediterranean (GFCM) from the early eighties of the XX century, he was an animator for the transformation of the GFCM and elected the first Chairperson of the Scientific Advisory Committee (SAC) from 1994 to 2004. He was also a Spanish representative and member of the European Commission STECF (Scientific, Technical and Economic Committee of Fisheries).Currently he is member of the Board of Directors of the Academy of Sciences of Malaga and the Chairperson of the Spanish Herpetological Association AHE, both from 2016. He has been coordinating and participating in international marine research projects with the EU, working as consultant with IUCN and to FAO in northern Africa and as marine turtle’s expert. He was one of the first Spanish members of the Species Survival Commission-IUCN Marine Turtles Specialists Group, Mediterranean Region; is a member and co-founder of the Spanish Network of Marine Turtle Experts in 2018, and he is currently participating in different projects aiming to improve the marine turtles knowledge and international management in collaboration with national and international organisations as ACCOBAMS, AHE, GFCM, RAC-SPA, MAVA, IUCN, Ministries and NGOs.Author or co-author of nine books and author of chapters in 15 more, he has published numerous articles in national and international scientific journals concerning fisheries, marine biology and ecology, marine turtles interaction with fisheries and awareness articles on his expertise.

Juan-Tomás Vázquez is PhD in Geological Sciences from the Complutense University of Madrid (Spain) with the thesis "Structure of the Northern Margin of the Alboran Sea". Between 1986 and 1993 he was part of the Marine Geology Service of the Instituto Geológico y Minero de España. Between 1993 and 2007 he was professor at the University of Cádiz (Faculty of Marine and Environmental Sciences). In 2007 he joined the Instituto Español de Oceanografía as Researcher. His research focuses on active tectonics and other active geological processes and structures: magmatism and fluid emissions, diapirism, submarine geomorphology (seamounts, canyons and landslides) and tsunami triggering mechanisms in continental margins and ocean basins; developing this activity in marine regions around Iberia, Canary Islands and the Antarctic. He has participated in 52 projects financed in national or European calls and in 74 oceanographic expeditions of national and international character, being in 28 of them scientific chief or co-chief. He has published more than 167 scientific articles in peer-reviewed journals, of which 63 are scientific journals indexed in Journal Citation Reports, 7 books and 90 book chapters. He has been member of 8 UNESCO, 2 INQUA, 3 european and 3 spanish working groups. He was appointed by the Ministry of Foreign Affairs and Cooperation in 2003 to the advisory commission of experts in Marine Geology and Geophysics for the extension of the Continental Shelf of Spain in accordance with Article 76, paragraph 8 of the United Nations Convention on the Law of the Sea 1982. In addition, since 2008 he is the representative of the IEO in the Technical Scientific Working Group for the preparation of this study and has been a member of the delegations of Spain to the UN (CLCS) for the presentation of proposals for the Extension of the limits of the Continental Shelf of Spain in the areas of Galicia and the Canary Islands.

Malouli Idrissi Mohammed has a PhD in environmental economics and science and is an expert on economics fishery aspects, especially in the Mediterranean. Currently he is the head of the National institute of fishery research (INRH) in Tangier and a managing officer of the marine scientific program in the Moroccan Mediterranean. He has managed several scientific projects and programs in the Mediterranean, mainly on themes related to small-scale fisheries, Marine Protected Areas, the blue economy and others.

Between 2014 and 2018, he was a head of the Marine Resources Department at INRH and during this period he actively contributed to the implementation of several Moroccan fisheries management plans, which aimed to preserve the main Moroccan fishery resources.

He also had professional experience within FAO between 2008 and 2011, as coordinator of a project on the development of artisanal fisheries.

At the regional Level, He is a scientific Delegate from Morocco in the Scientific Advisory Committee at the GFCM.

Malouli has published and contributed to the publication of several scientific articles.