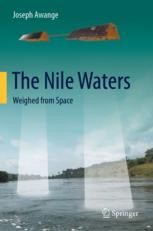 This book is useful to those in water resources management and policy formulations, hydrologists, environmentalists, engineers and researchers. Exploiting advanced statistical techniques and the latest state-of-the-art multi-mission satellites, surface models and reanalysis products, this book provides the first comprehensive weighing of the changes in the Nile River Basin’s (NRB: ~ 3,400,000 km2 ) stored waters' compartments, surface, soil moisture and groundwater, and their association to climate variability/change and anthropogenic impacts on the one hand. On the other hand, it argues on the need for equitable use of the NRB’s waters by all 11 countries within its basin, and doing away with obsolete Nile treaties that were signed by Britain, Egypt and Sudan, which prohibit the use of the Nile by 8 upstream countries. With Ethiopia’s construction of Africa’s largest dam (GERD; Grand Ethiopian Renaissance Dam) along the Blue Nile, which is expected to take several years to fill, the Nile is back on the news. Combined with Uganda’s Nalubaale, Kiira and Bujagali dams on the White Nile, these human-induced impacts (i.e., damming), coupled with those of climate variability/change, are expected to exacerbate tension with the low stream countries (Egypt and Sudan) fearing the cut in theNile’s total volume. Furthermore, the Nile river, arguably the world’s longest river (6800 km), impacts on the livelihood of over 300 million people of 11 countries within its basin. This population is expected to double in the next twenty-five years, thereby putting extreme pressure on its water resources. An in-depth analysis of changes in the Nile’s stored waters, therefore, is essential to inform its management and sustainable equitable use. Owing to its sheer size, however, obtaining in-situ data from “boots on the ground” is practically impossible, paving way to the space-based weighing of the Nile River Basin using a suite of high spatio-temporal remotely sensed and reanalysis products, as well as those of hydrological models.

“Arguably, the Nile River is the most unique river in the world.  It spans extremes of rainfall from being measured by meters to being measured by centimeters, from the humid tropics to the driest of deserts.  Yet, thirsty people live throughout this basin and therefore the demands on its water resources are uneven.  Knowing the water amounts throughout the entire Nile Basin is a critical step for governments and international treaties to avoid the “Tragedy of the Commons”. Africa can embrace this future through the leadership of Prof. Awange and others like him who have devoted their careers to Africa’s waters”