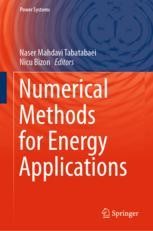 Professor Naser Mahdavi Tabatabaei received his B.Sc. and the M.Sc. degrees from the University of Tabriz (Tabriz, Iran) and his Ph.D. degree from Iran University of Science and Technology (Tehran, Iran), all in Power Electrical Engineering, in 1989, 1992, and 1997, respectively. Currently, he is Professor in International Organization of IOTPE. He is also an academic member of Power Electrical Engineering at Seraj Higher Education Institute (Tabriz, Iran) and teaches power system analysis, power system operation, and reactive power control. He is General Chair and Secretary of International Conference of ICTPE, Editor-in-Chief of International Journal of IJTPE, and Chairman of International Enterprise of IETPE all supported by IOTPE. He has authored or co-authored 9 books and book chapters, and more than 170 papers in international journals and conference proceedings. His research interests are in the area of power system analysis and control, power quality, energy management systems, ICT in power engineering, and virtual e-learning educational systems. He is a member of the Iranian Association of Electrical and Electronic Engineers (IAEEE).
Professor Nicu Bizon received a five-year degree in Electronic Engineering from the University “Polytechnic” of Bucharest, Romania, in 1986, and the Ph.D. degree in Automatic Systems and Control from the same university, in 1996. Currently, he is Professor with the University of Pitesti, Romania, and was Dean of the Faculty of Electronics from 2012 to 2017. He has been Head of the University Research Department (2004–2008) and Executive Director of the Research Centre “Modeling and simulation processes and systems” (2008–2012). His current research interests include power electronic converters, fuel cell and electric vehicles, renewable energy, energy storage system, microgrids, and control and optimization of these systems. He has edited ten books and authored more than 500 papers. He is General Chair and proceedings’ Editor of the “Electronics, Computers and Artificial Intelligence – ECAI” Conference, Editor-in-Chief of Journal of Electrical Engineering, Electronics, Control and Computer Science – JEEECCS, and member of the Editorial/Technical Board of several international journals and conferences. He has been an IEEE senior member from 2016 and was Chair with Management of Technical Activities for IEEE Romania Section (2012).