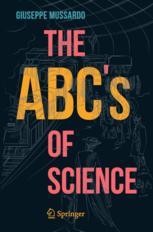 The ABC’s of Science

Science, with its inherent tension between the known and the unknown, is an inexhaustible mine of great stories. Collected here are twenty-six among the most enchanting tales, one for each letter of the alphabet: the main characters are scientists of the highest caliber most of whom, however, are unknown to the general public.
This book goes from A to Z. The letter A stands for Abel, the great Norwegian mathematician, here involved in an elliptic thriller about a fundamental theorem of mathematics, while the letter Z refers  to Absolute Zero, the ultimate and lowest temperature limit, - 273,15 degrees Celsius, a value that is tremendously cooler than the most remote corner of the Universe: the race to reach this final outpost of coldness is not  yet complete, but, similarly to the history books of polar explorations at the beginning of the 20th century, its pages record successes, failures, fierce rivalries and tragic desperations.  In between the A and the Z, the other letters of the alphabet are similar to the various stages of a very fascinating journey along the paths of science, a journey in the company of a very unique set of  characters as eccentric and peculiar as those in Ulysses by James Joyce: the French astronomer who lost everything, even his mind, to chase the transits of Venus; the caustic Austrian scientist who, perfectly at ease with both the laws of psychoanalysis and quantum mechanics, revealed the hidden secrets of dreams and the periodic table of chemical elements; the young Indian astrophysicist who was the first to understand how a star dies, suffering the ferocious opposition of his mentor for this discovery. Or the Hungarian physicist who struggled with his melancholy in the shadows of the desert of Los Alamos; or the French scholar who was forced to hide her femininity behind a false identity so as to publish fundamental theorems on prime numbers.  And so on and so forth.
Twenty-six stories, which reveal the most authentic atmosphere of science and the lives of some of its main players: each story can be read in quite a short period of time -- basically the time it takes to get on and off the train between two metro stations. Largely independent from one another, these twenty-six stories make the book a harmonious polyphony of several voices: the reader can invent his/her own very personal order for the chapters simply by ordering the sequence of  letters differently. For an elementary law of Mathematics, this can give rise to an astronomically large number of possible books -- all the same, but - then again - all different. This book is therefore the ideal companion for an infinite number of real or metaphoric journeys.

Giuseppe Mussardo is a Full Professor of Theoretical Physics at SISSA. He belongs to the Statistical Physics Research Group (which he founded in 2005) and is also National Chairman of the INFN special initiative Statistical Field Theory and scientific consultant to the Condensed Matter and Statistical Physics Group at the Abdus Salam International Centre of Theoretical Physics (ICTP), Trieste. In 2017 he was appointed Kramers Chair at the Institute for Theoretical Physics in Utrecht (the Netherlands).  Professor Mussardo is an active member of the International Scientific Board of the International Institute of Physics in Natal (Brazil). He is a former Chairman of QICFT (Quantum Integrability, Conformal Field Theory and Topological Quantum Computation), an IRSES grant with nodes in various countries, and INSTANS, a European network of the European Science Foundation on interdisciplinary statistical and field theory research on low-dimensional quantum systems. Professor Mussardo is Scientific Director of the Journal of Statistical Mechanics: Theory and Experiment (JSTAT). He has authored a number of articles and produced several documentaries on the history of science and has worked to raise public awareness of this history. In 2013 he was awarded the Italian Physical Society (Società Italiana di Fisica) prize for science dissemination.