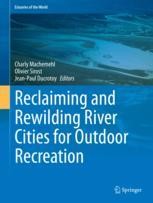 The introduction of sports and recreational facilities into natural environments calls for reflection on their impact on fragile ecosystems. This book is unique in providing an interdisciplinary approach to the ecological restoration of urban and industrial degraded habitats and their use by nearby city-dwellers. For the first time ecologists, sociologists and anthropologists have worked together on particularly sensitive ecosystems such as rivers and estuaries to propose recovery strategies that allow their basic ecological functions to be restored, and which can benefit local populations through nature activities.

Nonetheless, the use of natural spaces calls for the building of sustainable towns. This is why this book is distinctive in considering quality of life and well-being as stated objectives of modern river towns. Recently, leisure time has become a part of urban rhythms. In order to favour personal development, an extensive palette of leisure activities is considered by the authors:

Many aspects including physical and psychological attributes in relation to the contemporary socio-political fabric are dealt with.

While creating areas of freedom, landscaping also induces certain forms of practice and encourages certain social skills. Conversely, the book questions certain types of management based on mass consumption. Don’t they, in the end, aim to satisfy needs that are impermanent and shallow?

The image of the contemporary town relies on urban planning projects which, in a global economy, seek to capture the interest of tourists and local populations. How can suitable, diligent planning be successfully combined with both creative design and ecological care? This book demonstrates how biology and sociology can (and should) work in harmony in order to promote an ecosystem approach to environmental management.

Charly Machemehl is a social science professor of the University of Rouen and member of the CETAPS laboratory (associated to the FED SCALE).

In 2009, he defended a doctoral thesis about with sports practices and policies in the period between the two world wars.His research focuses on the development of sports activities in France since the late 19th century to these days on the intersection of the local and national dimensions of sports, generally with the city as the framework. He focuses in particular on the territorial development and planning of sports, the sociability of sports or sports policies. In this way, he discusses free time, corporal practices and cultures and their links with the representations of nature.

He continues to participate with Olivier Sirost to the programme PIREN and in the three last programmes of the Public Interest Group Seine-Aval - GIPSA (Seine aval 4, 5 and 6). His research has recently enabled the publication of different special editions of reviews in Society and Leisure, STAPS, Nature et Récréation or Leisure.

Olivier Sirost is a professor at the Université de Rouen Normandie, CETAPS Laboratory head. His main interests are the study of the senses, outdoor leisure, and ecological restoration by leisure. He is the author of La vie au grand air, PUN, 2009; with Gilles Raveneau of Anthropologie des abris de loisirs; and with Bernard Andrieu, Jim Parry & Alessandro Porrovechio  was the director of: Body Ecology and Emersive Leisure, Routledge, 2018.

Jean Paul A Ducrotoy is a coastal marine ecologist, Reading Professor Emeritus at the University of Hull - UK. A graduate of the French university, his D Sc (published by the Water Agency Seine-Normandy) focused on "Ecological quality of coastal and estuarine environments."

Jean-Paul’s career was both dedicated to scientific research and its applications. In particular, he was the North Sea Task Force Secretary (Oslo and Paris Commission – International Council for the Exploration of the Sea) in the 1990s and coordinated the first Quality Status Report of the North Sea.

As a member of the University of Hull, he has been working with the Institute of Estuarine and Coastal Studies for 25 years.

Recently returned to Picardy in France (where he was born and now retired), his research interests focus on estuarine benthic biocenoses of North-West Europe and their management. Research topics include the spatiotemporal evolution of estuarine bio-sedimentary biotopes, their restoration and expected effects of global climate change, on which subjects he has published several books.

Besides his membership in the Scientific Council of the French national program dedicated to coastal environments (French Ministry of Ecology), he was also Vice-President (International Affairs) of a regional scientific program “Seine-Aval” for the Seine estuary (Normandy).

Jean-Paul Ducrotoy teaches at the Université Picardie Jules Verne in Amiens (France) at Master level. Another facet of his activities is revealed in the work he does for EMECS (Environmental Management of Enclosed Coastal Seas, Kobe, Japan) and several other national (i.e. Union des Océanographes de France) and international (i.e. Estuarine and Coastal Sciences Association).