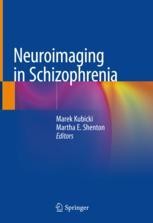 This comprehensive book explains the importance of imaging techniques in exploring and understanding the role of brain abnormalities in schizophrenia. The findings obtained using individual imaging modalities and their biological interpretation are reviewed in detail, and updates are provided on methodology, testable hypotheses, limitations, and new directions for research. The coverage also includes important recent applications of neuroimaging to schizophrenia, for example in relation to non-pharmacological interventions, brain development, genetics, and prediction of treatment response and outcome. Written by world renowned experts in the field, the book will be invaluable to all who wish to learn about the newest and most important developments in neuroimaging research in schizophrenia, how these developments relate to the last 30 years of research, and how they can be leveraged to bring us closer to a cure for this devastating disorder. Neuroimaging in Schizophrenia will assist clinicians in navigating what is an extremely complex field and will be a source of insight and stimulation for researchers.

Marek Kubicki, MD, PhD, is Professor of Psychiatry and Radiology and Associate Director of the Psychiatry Neuroimaging Laboratory, Brigham and Women’s Hospital, and Director of the Centre for Morphometric Analysis, Massachusetts General Hospital. Over the past two decades, he has been using neuroimaging methods, including magnetic resonance spectroscopy, structural MRI, functional MRI, and diffusion MRI, to understand the pathophysiology and neurobiology of schizophrenia. He is the author of more than 200 publications and book chapters and has been the recipient of several research and mentoring awards, including NARSAD and ACNP Young Investigator Awards, NIMH R03, R01, and a K24 award, as well as NIA R21 and R01 awards. In addition, he serves on multiple NIH and private foundations’ panel and review sections and on the editorial boards of several journals, including Brain Imaging and Behavior, Psychiatry Research: Neuroimaging, BMC Psychiatry, and the Journal of Neuroimaging in Psychiatry & Neurology.

Martha E. Shenton, PhD, is Professor of Psychiatry and Radiology and Director of the Psychiatry Neuroimaging Laboratory, Brigham and Women’s Hospital, Harvard Medical School. She is also a Health Scientist at the VA Boston Healthcare System. Her laboratory has pioneered the development of neuroimaging tools to understand brain alterations in schizophrenia and other disorders. She has received several career awards from the National Institute of Mental Health, including a K01 Mentored Award, two K02 Independent Investigator Awards, and a K05 Senior Scientist Award. She has also been the recipient of the Joseph Zubin Memorial Fund Award for Research in Psychopathology, the William Silen Lifetime Achievement Award for Mentoring, and a Distinguished NARSAD Award. She has served on numerous study sections at the National Institute of Health and has authored more than 400 peer-reviewed empirical articles and proceedings and edited two books. She is Associate Editor of Brain Imaging and Behavior and is on the editorial boards of various other leading journals in the fields of psychiatry and neuroimaging. {CUT=Feel free to contact me with any questions. We are looking forward to hearing from you.}.