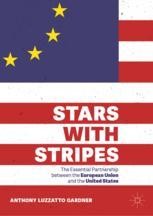 The Essential Partnership between the European Union and the United States

For sixty years, the United States has supported European integration on a bipartisan basis—not only because this has served European interests, but because it has promoted American interests as well. As core partners in transatlantic efforts to address regional and global economic, political and security challenges, the US and the EU have collaborated critically over the years to make the world a less turbulent place. That is, until the 2016 election of Donald J. Trump. In this era of Brexit and President Trump’s incendiary rhetoric regarding Europe, it has never been more important to understand and defend the EU as a significant and valuable American ally. Written by President Barack Obama’s Ambassador to the European Union, Stars with Stripes provides an analytic yet accessible look at how the US and the EU have worked together effectively on numerous core issues such as trade, the digital economy, climate change and more. In blending humor, personal experience, references to popular culture, and incisive analyses of the major issues and players in the diplomatic relationship between the US and the EU, former Ambassador Anthony Luzzatto Gardner tells an illuminating story of this essential partnership, and provides an exclusive insider look at US/EU diplomacy as well as the Brussels political scene.

Anthony Luzzatto Gardner served as US Ambassador to the European Union  during 2014-2017 and as Director for European Affairs in the National Security Council during 1994-95. He currently serves as Senior Counsel at Sidley Austin and as Senior Adviser at the Brunswick Group in London.

“Stars with Stripes makes for essential reading by students, at all levels, of transatlantic relations. From another angle, aspiring diplomats can learn much about their career ambitions by observing in this book how a first rank American ambassador operates.” (Christopher Murray, American Diplomacy, August 1, 2020)