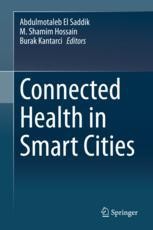 Abdulmotaleb El Saddik (FIEEE, FCAE, FEIC), is Distinguished University Professor and University Research Chair in the School of Electrical Engineering and Computer Science at the University of Ottawa. His research focus is on the establishment of Digital Twins to facilitates the well-being of citizens using AI, AR/VR and Tactile Internet, hence allowing people to interact in real-time with one another as well as with their digital representation. He has authored and co-authored 10 books and more than 550 publications and chaired more than 50 conferences and workshop. He is Senior Associate Editor of the ACM Transactions on Multimedia Computing, Communications and Applications (ACM TOMM); Associate Editor of IEEE Transactions on Multimedia (IEEE TMM),  He has supervised more than 120 researchers and received several international awards, among others, are ACM Distinguished Scientist, Fellow of the Engineering Institute of Canada, Fellow of the Canadian Academy of Engineers and Fellow of IEEE, IEEE I&M Technical Achievement Award, IEEE Canada C.C. Gotlieb (Computer) Medal and A.G.L. McNaughton Gold Medal for important contributions to the field of computer engineering and science.
M. Shamim Hossain is a Professor at the Department of Software Engineering, College of Computer and Information Sciences, King Saud University, Riyadh, Saudi Arabia. He is also an adjunct professor at the School of Electrical Engineering and Computer Science, University of Ottawa, Canada. His research interests include cloud networking, smart environment (smart city, smart health), social media, IoT, edge computing and multimedia for health care, deep learning approach to multimedia processing, and multimedia big data. He has authored and coauthored more than 220 publications including refereed journals, conference papers, books, and book chapters. Recently, his publication is recognized as the ESI Highly Cited Papers. He is on the editorial board of the IEEE Transactions on Multimedia, IEEE Multimedia, IEEE Network, IEEE Wireless Communications, IEEE Access, Journal of Network and Computer Applications (Elsevier), and International Journal of Multimedia Tools and Applications (Springer). He is a senior member of both the IEEE, and ACM.
Burak Kantarci is an Associate Professor and the founding director of Next Generation Communciations and Computing Networks (NEXTCON) Research Laboratory with the School of Electrical Engineering and Computer Science at the University of Ottawa. From 2014 to 2016, he was an assistant professor at the ECE Department at Clarkson University, where he currently holds a courtesy appointment. Dr. Kantarci received the M.Sc. and Ph.D. degrees in computer engineering from Istanbul Technical University, in 2005 and 2009, respectively. During his Ph.D. study, he studied as a Visiting Scholar with the University of Ottawa, where he completed the major content of his thesis. He has co-authored over 160 papers in established journals and conferences, and contributed to 13 book chapters. He has served as the Technical Program Co-Chair of seven international conferences/symposia/workshops. He is an Editor for the IEEE Communications Surveys and Tutorials, an Area Editor for IEEE Transactions on Green Communications and Networking, and an associate editor for IEEE Access, and IEEE Networking Letters. He also serves as the Chair of the IEEE ComSoc Communication Systems Integration and Modeling Technical Committee. He is a Senior Member of the IEEE, and a Distinguished Speaker of the ACM.