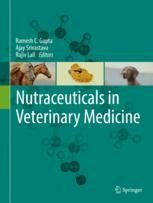 Dr. Ramesh C. Gupta serves as Professor and Head of the Toxicology Department at the Murray State University Breathitt Veterinary Center. He earned his DVM, MVSc, and PhD in India, and carried out his postdoctoral training at Michigan State University and Vanderbilt University, US. His research has addressed experimental brain research in relation to pesticide toxicity and neurological diseases; he has further been heavily engaged in veterinary nutraceuticals research. Dr. Gupta has held worldwide presentations and served on the panels of NIH, CDC, NIOSH, and NAS. He has published >400 publications, including 7 major books. In 2006, he received the Murray State University Distinguished Researcher Award; and in 2014, the Outstanding Research Award. He is a Diplomate of the American Board of Toxicology, and Fellow of the American College of Toxicology, American College of Nutrition, and Academy of Toxicological Sciences. Currently, he holds active membership in more than a dozen academic societies.

Dr. Ajay Srivastava is Chief Scientific Officer at Vets Plus Inc., and serves as an adjunct Faculty member at University of Wisconsin-Stout, Menomonie, US. He is specialized in preclinical and clinical product development and nutraceutical research. After receiving his BS in Biological Sciences, Dr. Srivastava earned his DVM from the School of Veterinary Medicine at GB Pant University of Agriculture and Technology, India, before pursuing his MS in Pharmacology. He completed his PhD in Neuropharmacology from All India Institute of Medical Sciences, New Delhi. After his post-doctoral training in preclinical drug development in neurological disorders, Dr. Srivastava became Senior Research Scientist of the Anticonvulsant Drug Development Program at the University of Utah, where he developed a novel animal model of pharmacoresistant epilepsy to screen potential antiepileptic drugs. He is one of the pioneer researchers who discovered the role of nutraceuticals resveratrol and melatonin in epilepsy. Dr. Srivastava has chaired various scientific sessions in AVMA and WVC meetings and has published several research articles in peer reviewed journals. He has contributed chapters in textbooks on epilepsy, toxicology and nutraceuticals.

Mr. Rajiv Lall is the Founder and CEO of Vets Plus, Inc., an international leader in the animal health industry. He graduated with two masters degrees, the first in Botany from his native country of India, and the second in Pharmacognosy/Medicinal Chemistry from the University of Minnesota. His research focused on identifying, analyzing, and extracting natural ingredients from plants and plant tissue cultures that provide natural health and medicinal properties, as well as on enzymes in relation to cancer cells through animal cell cultures. Mr. Lall started his career in the human health food industry with an emphasis on probiotics. His relentless drive continues to champion animal health through scientific research and the development of nutritional products and pharmaceuticals, and through these efforts he has obtained various patents and developed several hundred products. His company, Vets Plus, Inc. is a research and science-based product development company with a strong quality and manufacturing platform to support partners in Europe and around the world. Recent awards include the Pet Age Icon Award (2015), NASC Visibility Award (2015), and Menomonie Area Chamber of Commerce Business of the Year Award (2015). Vets Plus Inc. was also nominated for Wisconsin Manufacturer of the Year in 2015. In support of the animal health industry, Mr. Lall is now Founder and CEO of Noble Pharma, LLC, a pharmaceutical company in Menomonie, Wisconsin. Mr. Lall and his wife Swati are involved in philanthropic efforts and through that they have developed the Raj and Swati Lall Microbiology Laboratory at the University of Wisconsin-Stout in support of future scientists and business leaders and the community in Menomonie, Wisconsin.

“The book is intended to serve academic, industry, and government sectors alike. It is appropriate for veterinarians at all levels of practice, but it will most commonly be used by general practice veterinarians. … This book makes a great deal of information readily available in one place. It is appealing that it covers everything from the basics of specific nutraceuticals to their testing and regulation. It is nice to have a thorough database at your fingertips.” (Jason B. Pieper, Doody's Book Reviews, November 08, 2019)