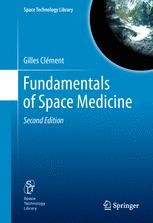 About 1200 human space flights have been completed to date, including more than 500 astronauts from various countries, for a combined total presence in space of about 90 years. The 21st expedition crew is currently in residence aboard the International Space Station, continuing a permanent presence in space that began in 2000. During that time, investigations have been conducted on both humans and animal models to study bone demineralization, muscle de-conditioning, space motion sickness, changes in immune function, crew and crew-ground interactions, post flight orthostatic intolerance, and the medical issues of living in a space environment, such as the effects of radiation and the risk of developing kidney stones. Results of these investigations have led to fundamental discoveries about the adaptation of the human body to the space environment. Gilles Clément has been active in this research. This book presents in a readable text the findings from life science experiments conducted during and after space missions.

"Fundamentals of Space Medicine, 2nd Edition" looks at the future of human space flight and what comes next. For the next ten years, the ISS will be a fully operational material and life science laboratory with a permanent crew of six astronauts. A new spacecraft named Orion will soon replace the Space Shuttle for transporting humans to the ISS and later to the Moon and Mars. However, many physiological, psychological, operational, and scientific issues need to be solved before establishing manned Moon and Mars bases. Finally, the emerging commercial sub-orbital flight capability captures the imagination of both the public and the scientific community. This book also identifies the showstoppers that are foreseen for all these space missions, and what do we need to learn to understand fully the implications and risks for space explorers and space tourists.

Gilles Clément received Doctoral degrees in Neurobiology from the University of Lyon in 1981 and in Natural Science from the University of Paris in 1986. Dr. Clément is currently Professor of Space Life Sciences in International Space University (ISU), Strasbourg, France. Prior to this position, he was Director of Research from the French National Center for Scientific Research (CNRS), Toulouse, France. Research in space life sciences has been his primary focus with experiments on Salyut-7 (1982), MIR (1988), and on more than 25 Space Shuttle flights (1985 – present). His research topics include influence of microgravity on posture, eye movements, spatial orientation, and cognition in humans. To date, he gathered data on more than 100 astronauts, during and after space missions on the Space Shuttle and the International Space Station. Dr. Clément has written more than 100 peer-viewed research papers in scientific journals. His other books include Fundamentals of Space Biology (Springer, 2006), Artificial Gravity (Springer 2007), and Neuroscience in Space (Springer 2008).