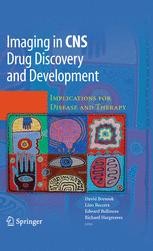 Implications for Disease and Therapy

Imaging is a key area of translational research that provides a unique bridge from the laboratory to the clinic as the same techniques and technologies can applied across the various phases of drug development. Neuroimaging is now central to research and drug development in the neurosciences since it can be used to detect the pharmacological and physiological consequences of drug action within the living brain. Today neuroimaging is used primarily as a biomarker to help optimize our decision-making processes. Neuroimaging tools and technologies can be used to select drug candidates, confirm they engage their targets, link occupancy to biology and then, in a translational fashion, be used to help design the best clinical studies that truly test therapeutic hypotheses.

Neuroimaging today is all about the need to identify the best molecules, doses and hypotheses to advance into later stage long term extensive clinical trials that can often be confounded by high placebo response rates. Better decision making in early development allows resources to be focused on the drug candidates and therapeutic hypotheses that have the highest probability of success so that we can bring medical advances to patients as quickly as possible. Imaging in CNS Drug Discovery and Development was written by a group of preeminent international experts in the field of imaging.

David Borsook, MD, Ph.D., trained in medicine and neurobiology at the University of the Witwatersrand, Medical School, Johannesburg, South Africa. He graduated in 1980. Following his internship he trained in Neurology at Boston City Hospital and then was the first Pain Fellow at the Massachusetts General Hospital, Department of Neurology. He subsequently was the Director of the Pain Center at the Hospital from 1994 – 2004. He has completed doctoral studies in Neurobiology and later started the Pain Imaging Program in the Department of Radiology at Massachusetts General Hospital. In 2002 he led an effort to cofound a Biotech – Descartes Therapeutics Inc, with his colleague Lino Becerra Ph.D. to use imaging in drug development, where he was Senior Vice President and Chief Scientific Officer. He currently directs an integrated imaging program – Pain & Analgesia Imaging Neuroscience (p.a.i.n.) Group at three Harvard Medical School Affiliated Hospitals, Massachusetts General Hospital, McLean Hospital and Children’s Hospital Boston. A component of this is a consortium of pharmaceutical and academic centers involved in the evaluation of fMRI in drug development known as ICD (Imaging Consortium for Drug Development). He has participated in a number of NIH meetings on future directions of pain research. His research is supported by grants from the National Institutes of Health, Foundations and Pharamaceutical Companies interested in the use of imaging in defining pain phenotype. He has published over 85 papers that include various aspects of pain, imaging in pain and analgesia. He is married with sons living in Concord Massachusetts.

Dr. Lino Becerra Ph.D., is Lecturer in Psychiatry at Harvard Medical School, he has co-appointments in the Departments of Psychiatry at McLean Hospital and Massachusetts General Hospital (MGH), and Radiology at MGH. He’s the Director of the Imaging and Analysis Group at the Brain Imaging Center, McLean Hospital; and Co-Director of the Imaging Consortium for Drug Development (ICD) and the Pain Imaging and Analgesics Neuroscience Group (P.A.I.N. Group) at the same institution. Dr. Becerra was a co-founder of Descartes Therapeutics Inc., a biotech company dedicated to the development of drugs for chronic pain patients. Dr. Becerra’s research interests are focused on the optimization of functional imaging for its utilization in drug development, in particular for chronic pain. Dr. Becerra specifically is interested in the translational aspects of drug development through the study of preclinical and clinical early phase trials with the aid of neuroimaging. Dr. Becerra is author of over 50 publications, reviews and book chapters appearing in journals such as Neuron, Neuroscience, Journal of Neuroscience, Journal of Neurophysiology, NeuroImage, and European Journal of Pain. He is a reviewer for these Journals, and also for Biological Psychiatry and Archives of General Psychiatry.

Edward Bullmore, MD, Ph.D., trained in medicine at Oxford and St. Bartholomew's Hospital, London, graduating in 1985. Following a period of further medical training as a Lecturer in Medicine at the University of Hong Kong (MRCP 1989), he started specialist training in psychiatry at St. George's Hospital, London, and then at the Bethlem Royal & Maudsley Hospital as a registrar from 1990 (MRCPsych 1992). From 1993, he was supported by the Wellcome Trust as a Research Training Fellow (then as an Advanced Research Training Fellow 1996-99) at the Institute of Psychiatry in London, where he completed doctoral studies on statistical analysis of magnetic resonance imaging data (PhD 1997). In 1999, he moved to the University of Cambridge as a Professor of Psychiatry and since 2005 he has been Clinical Director of the Behavioural & Clinical Neurosciences Institute at Cambridge. Also since 2005, he has combined his academic roles with a 50% secondment to GlaxoSmithKline as Vice-President for Experimental Medicine and head of GSK's Clinical Unit in Cambridge (CUC). His research in Cambridge has been supported by grants from the National Institutes of Health (Human Brain Project), the Wellcome Trust and the MRC; he has published more than 200 papers on various aspects of neuroimaging, neuroscience and psychiatry. In 2008 he was elected a Fellow of the Academy of Medical Sciences. He is married with three sons and enjoys living without a car in central Cambridge.

Richard Hargreaves, Ph. D., trained at Chelsea College, London University in the UK where he obtained a First class honors degree in pharmacology. After completing his doctorate through the Physiology Department at King’s College London University UK, he joined Merck’s Neuroscience Research Center in Harlow UK in 1988 where he occupied positions of increasing seniority. Richard led the discovery biology teams that contributed to the development of MAXALT® (rizatriptan) for the treatment of migraine and EMEND® (aprepitant) and IVEMEND® (fosaprepitant), novel agents that advance the protective pharmacotherapy of acute and delayed chemotherapy-induced nausea and vomiting and post-operative nausea and vomiting. In 1999 Richard moved to the USA to establish and lead a worldwide imaging research strategy for Merck Research Laboratories. Since that time, he built a global multimodality Imaging group that supports decision making in drug discovery and development across Merck's key therapeutic areas. A key component of this imaging strategy has been the use of pre-competitive initiatives to combine expertise and share the costs of developing and characterizing new imaging tools and technologies that can be used to improve the evaluation of the safety and efficacy of novel drug candidates. Richard was awarded the 2007 Gary Neill Award for "Innovation in Drug Development" by the American Society of Clinical Pharmacology and Therapeutics (ASCPT) for his work on imaging in drug discovery and development. In February 2008, he was named Worldwide Head of Basic Research, Neuroscience for Merck Research Laboratories.